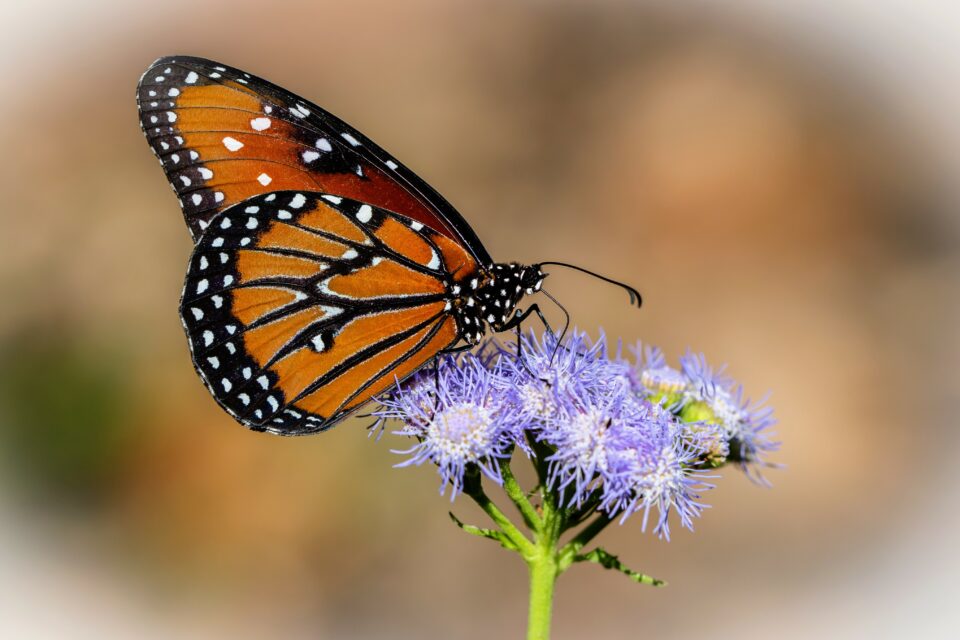 A new study led by the University of Cincinnati has found that nighttime light pollution can interfere with the extraordinary navigational abilities of monarch butterflies, which often travel from Canada to Mexico during multigenerational migrations. Since artificial nightlights interfere with butterflies’ circadian rhythms, the animals often become disoriented and fly when they should be resting.

Scientists have long known that light pollution can significantly disrupt normal circadian rhythms and sleep-wake cycles of both wildlife and humans. For instance, previous studies have shown that city lights interfere with the navigation of animals such as baby sea turtles, which mistake the artificial lights for the glow of the moon on the ocean, and head out of the water when they should in fact be hatching.

Although the erratic, circuitous movements taking them to and fro across gardens or orchards can make it difficult to imagine that these creatures are able to stick to a rigid flight plan, their mass migrations across entire continents is a clear proof that they have remarkable navigational capacities.

For instance, millions of monarch butterflies living east of the Rocky Mountains leave their summer breeding grounds in southern Canada and northern US, and travel as much as 4,000 kilometers to overwintering sites across Mexico. They can take up to five generations during this cross-continent journey, which is made possible by amazingly precise internal clocks that tell them where to orient themselves in relation to the position of the sun.

Yet, researchers have now found that monarchs exposed to nighttime light pollution – such as street lamps above their tree roosts – can experience a phase shift, making their bodies think that it’s either earlier or later than it really is. “It’s like jet lag,” said study senior author Patrick Guerra, an assistant professor of Biology at the University of Cincinnati. “Essentially, their sense of time is disturbed.”

By conducting controlled laboratory experiments that simulated and isolated the effects of light trespass perturbation on the monarchs, Professor Guerra and his team found clear evidence that light pollution disrupts the animals’ day-night cycle. Thus, if we want to be hospitable to these beautiful creatures, we should protect them from exposure to nightlights. “It’s something to think about if you’re making a pollinator garden or if you want to be eco-friendly,” Guerra advised.