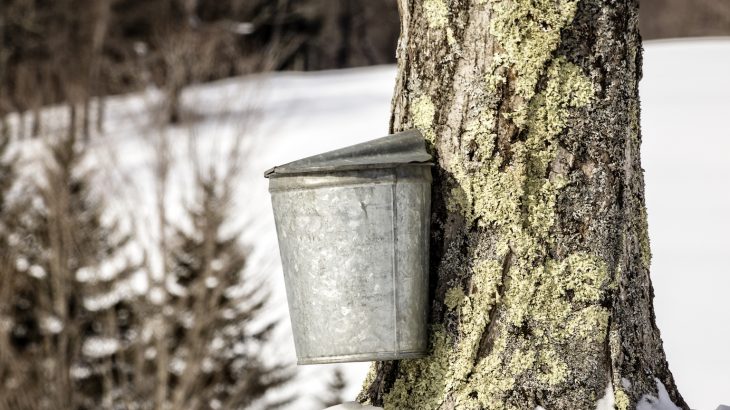 Snowpack refers to the accumulation of snow over the winter months that gets “packed down” by its own weight, and it plays an important role in insulating forest trees from freezing temperatures.

In mountainous regions, snowpack replenishes local watersheds in the spring, but warmer winters due to climate change are causing less and less snowpack accumulation each year.

Researchers from the Advanced Science Research Center at the City University of New York conducted a five-year study and found that future climate change could reduce snowpack in hardwood forests by 95 percent at the end of the 21st century.

Without sufficient snowpack cover, trees are unable to store carbon dioxide as effectively or take up nutrients from the soil.

The study was published in the journal Global Change Biology and the results show how detrimental snowpack loss will be for hardwood forests in the northeastern United States.

“We know global warming is causing the winter snowpack to develop later and melt earlier,” Andrew Reinmann, the first author of the study. “Our study advances our understanding of the long-term effects of this trend on northern hardwood forests–which are critical to North America’s environmental health and several industries. The experiments we conducted suggest snowpack declines result in more severe soil freezing that damages and kills tree roots, increases losses of nutrients from the forest and significantly reduces growth of the iconic sugar maple trees.”

Every year between 2008 and 2012, a team of researchers would remove snowpack from several designated plots during the first four to six weeks of winter.

The researchers would then monitor and compare tree growth, nutrient levels in the soil, and soil temperatures near the removed snowpack plots and areas that had been left alone.

Frost was able to penetrate deep within the soil, reaching depths of 30 centimeters or more, where the snowpack had been removed. In the areas where snowpack was left to accumulate, soil frost only measured five centimeters deep.

The loss of insulating snow damaged tree roots, reduced nutrient uptake by the trees and resulted in stunted tree growth. There was also less nitrogen and insect diversity in the soil itself compared to the control plots.

Tree growth near the areas where snowpack had been removed declined by over 40 percent, and when the researchers let the snowpack resume its normal accumulations, the trees were still unable to recover.

“These experiments demonstrate the significant impact that changes in winter climate have on a variety of environmental factors, including forest growth, carbon sequestration, soil nutrients and air and water quality,” said Reinmann. “Left unabated, these changes in climate could have a detrimental impact on the forests of the region and the livelihoods of the people who rely on them for recreation and industries such as tourism, skiing, snowmobiling, timber and maple syrup production.”