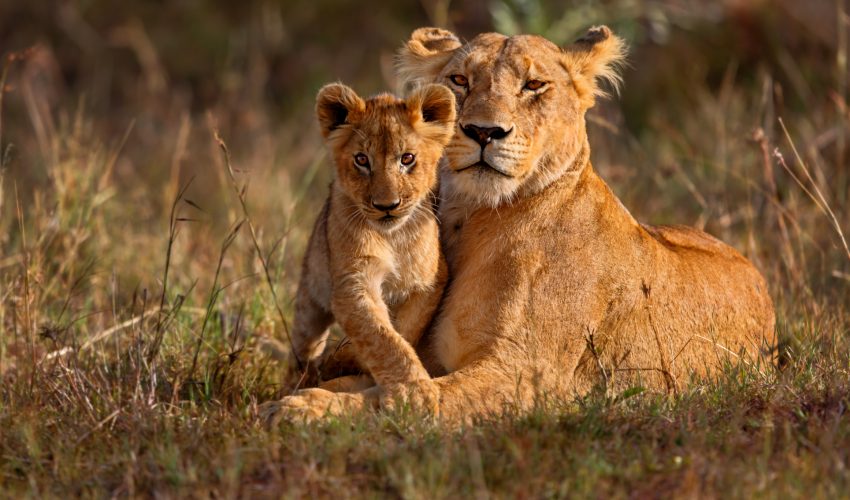 For lions, voluntourism trips often do more harm than good

For lions, voluntourism trips often do more harm than good. August 10th is World Lion Day, and in honor of these beautiful big cats, Earth.com takes a look at how a misleading trend known as voluntourism can actually help the lion hunting industry.

For many animal lovers, traveling to South Africa to help hand-raise lion cubs may sound like a dream come true, but these voluntourism trips are often more nefarious than they sound. Captive breeding facilities, which breed lions for the canned hunting industry, can disguise themselves as animal sanctuaries in order to lure in volunteers and tourists.

These facilities often attract volunteers by allowing visitors to become intimately involved with the daily care of lions. While the lions are young volunteers can cuddle, feed and play with them. Tourists often visit the facilities as well to take selfies with the cubs. Once the lions get older, volunteers and tourists go on “lion walks” with them.

According to Responsible Travel, volunteer interactions are not for the animals’ welfare but instead to ensure the animals are habituated to humans when they are sold to canned hunting facilities. Volunteers may be told they are caring for orphaned lions who will reintroduced to the wild but lions who become accustomed to human presence are unlikely to survive in the wild.

In reality, the lion cubs may have been taken from their mothers at a young age resulting in suffering for both the cubs and their mothers. Volunteers are also at a risk because they are interacting with wild animals who may become agitated and attack or bite.

African lions are currently protected by the international treaty, the Convention on International Trade in Endangered Species of Wild Fauna and Flora. African lions are listed on Appendix II with a zero export quota for lions in the wild for commercial purposes. South Africa is allowed to export lion parts from captive breeding facilities within an established quota. The country made headlines last month when it almost doubled its annual quota for lion bone exports to 1,500 skeletons.

“Hunting is part of South Africa’s policy of sustainable utilization of natural resources – a principle supported by multilateral environmental agreements such as CITES and the Convention on Biological Diversity (CBD). All activities involving the African lion, including hunting, possession and trade are regulated through a permit system; and our policies are supported by solid scientific evidence,” said Minister of Environmental Affairs Dr. Edna Molewa.

Discover Corps, which offers wildlife and cultural vacations, stopped offering lion tours in 2016. The website says, “Babies are taken from their mothers early so they can be hand-reared, getting them used to human touch. As they get older, many are either beaten or drugged into submission. So even if they aren’t eventually going to be hunted, there’s virtually no chance they’ll ever be returned to the wild.”

While the laws against captive breeding and canned hunting facilities may not change soon, animal lovers can help quash the industry by refusing to visit these inhumane attractions.