Loggerhead turtles may benefit from a warming climate, but not for long • Earth.com 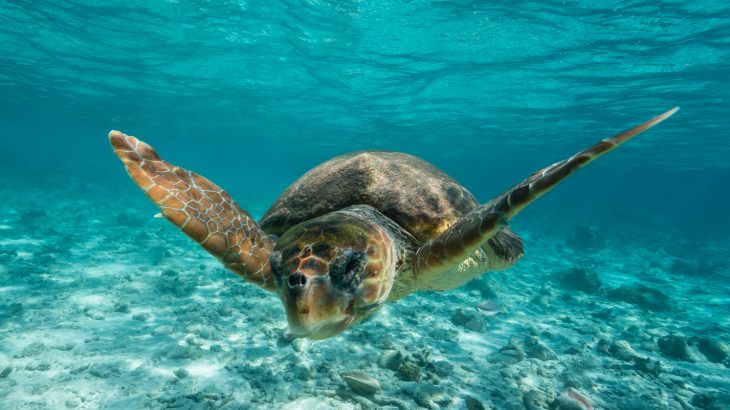 Loggerhead turtles may benefit from a warming climate, but not for long

A new study led by conservation biologists at Florida State University has revealed that climate change could provide some loggerhead turtles with optimal conditions for reproductive success. These benefits, however, may ultimately be reversed as environmental changes become more drastic.

The loggerhead turtle has a diverse geographic range, stretching from the cooler shores of Newfoundland to the much hotter beaches of Australia. The research suggests that some loggerhead populations in warmer regions will be adversely affected by climate change more immediately, while nesting areas across milder regions could experience short-term gains.

The investigation was focused on 17 loggerhead turtle nesting beaches along the coast of Brazil. The experts found that hatchling production could improve in temperate areas that are projected to experience a boost in temperatures as a result of global warming.

“Even though hatchling success is projected to increase by the year 2100 in areas that currently have lower temperatures, it is likely that as climate change progresses and temperatures and precipitation levels approach negative thresholds, hatchling production at these locations will start to decrease,” said study co-author Professor Mariana Fuentes.

During incubation, marine turtle eggs are strongly affected by their environments. External temperatures influence the sex of the hatchlings, solar radiation exposure can reduce their chances of survival, and excessive moisture content can drown developing embryos.

The FSU team analyzed how a number of environmental scenarios may influence hatchling production along the coast of Brazil.

The study revealed that, for hotter beaches near the equator, accelerating climate change will likely increase air temperatures and precipitation levels beyond the thresholds for healthy incubation. Across the temperate beaches located hundreds of miles from the equator, however, similar environmental changes will produce completely different results for hatchling production.

“These cooler beaches are also predicted to experience warming air temperatures; however, productivity is predicted to increase under both the extreme and conservative climate change scenarios,” said study lead author Natalie Montero.

As temperatures rise in the coming decades, these cooler beaches will become more suitable for healthy loggerhead incubation. On the other hand, if climate change continues at the current rate, Montero explained that these beaches may also become too warm for successful production.

“Sea turtles have been around for a long time and have survived many changes to the global climate,” said Montero. “However, climate changes of the past took a long time, allowing sea turtles to adapt to the changing conditions. Today’s climate change is happening very quickly, and therefore sea turtles must adapt quickly or perish.”