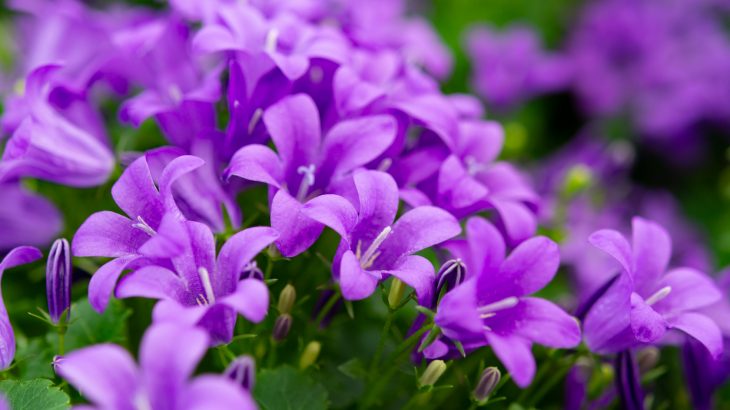 A wildflower native to Virginia is helping biologists understand how plants and animals adapt to new environments due to climate change.

The American bellflower is a plant native to Virginia, but after the last ice age, the flower colonized new environments and expanded its range as temperatures warmed.

Researchers from the University of Virginia and Washington State University saw a unique opportunity in studying the bellflower to see how significant climate change around 15,000 years influenced the plant to evolve and adapt.

“The plant is ideal for study because it expanded its range when the climate last warmed and glaciers retreated,” said Laura Galloway, a co-author of the study. “We learned that migration causes evolution that is both beneficial – making it easier for plants to reproduce – and detrimental – reducing the success of that reproduction.”

Research has shown that some species working to adapt to environmental changes due to climate change. However, many plants and animals are at risk of extinction and perhaps the past can offer clues for what to expect in the future as the impacts of climate change become more severe.

For this study, the researchers sequenced the genome of bellflowers across their native habitats.

After tracing patterns of genetic mutations to an area in Eastern Kentucky, the researchers theorize that this is where the plant was able to survive the last glaciation and as temperatures warmed, the flower expanded into the eastern United States.

Populations of the flower that were furthest from their area of origin in Kentucky had evolved the ability to self-fertilize to aid reproduction, but this adaptation came at a cost, and the plant populations also gained harmful mutations.

“These combined changes – self-fertilization and detrimental mutations – provide strong evidence that while colonizing new environments causes plants to adapt to the absence of mates in those environments – and that’s why they can now self-fertilize – at the same time, it creates genetic change that reduces overall vigor,” said Galloway.

The study, published in the journal Evolution Letters, shows that while species can evolve and adapt to new areas, these evolutionary changes can also increase the risk of detrimental mutations that ultimately decrease survival odds.

“While migration will lead to individuals that are better able to reproduce in the small populations expected in new habitats, it may also cause genetic change that limits their ability to survive in the long term,” said Galloway.