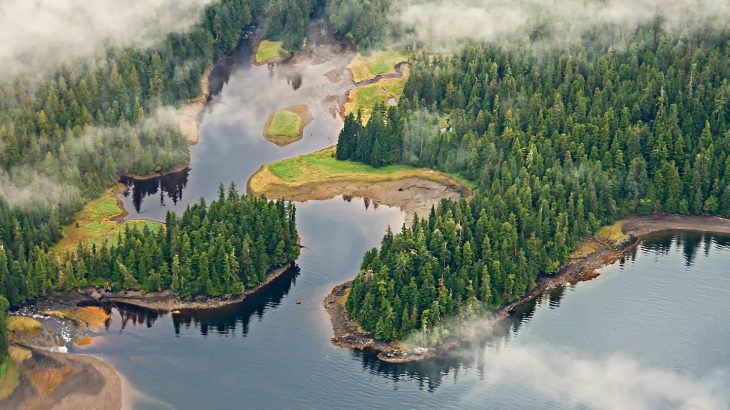 According to a new report in the Washington Post, President Trump is now pursuing weaker logging, mining, and road construction regulations in Alaska’s Tongass National Forest. The president has asked the United States Secretary of Agriculture, Sonny Perdue, to lift federal restrictions on the 16.7-million-acre stretch of forest.

Combined with British Columbia’s Great Bear Rainforest to the south, the Tongass National Forest represents the largest intact temperate rainforest on the planet.

In 2001, more than half of the Tongass became off limits to road construction and logging when Bill Clinton adopted the Roadless Rule, which aimed to protect 58.5 million acres of forest across the country.

Alaskan officials, including Senator Lisa Murkowski, have been fighting for exemption from the Roadless Rule. Murkowski said in a statement that Alaska’s governor, along with the entire congressional delegation, have sought to block the rule.

“It should never have been applied to our state, and it is harming our ability to develop a sustainable, year-round economy for the Southeast region, where less than one percent of the land is privately held,” said Murkowski. “The timber industry has declined precipitously, and it is astonishing that the few remaining mills in our nation’s largest national forest have to constantly worry about running out of supply.”

On June 26, Governor Mike Dunleavy announced to reporters that the president has “done everything he can” to work with Alaskan leaders and understand their concerns. According to three anonymous sources, President Trump has expressed support for exempting the Tongass from the Roadless Rule.

Just three years ago, U.S. Forest Service officials finalized a plan that would put an end to old-growth logging in the Tongass within a decade. If federal restrictions are lifted, it is not yet clear how much land would be opened back up for logging because the Forest Service would have to amend its 2016 plan, which recommended for no more than 568,000 acres to be logged.

New legislation by the Trump administration would not affect the 5.7 million acres of the forest that have been designated by Congress as wilderness. These areas receive the government’s highest level of land protection and become part of the National Wilderness Preservation System.