Loneliness is an underestimated threat to heart health • Earth.com 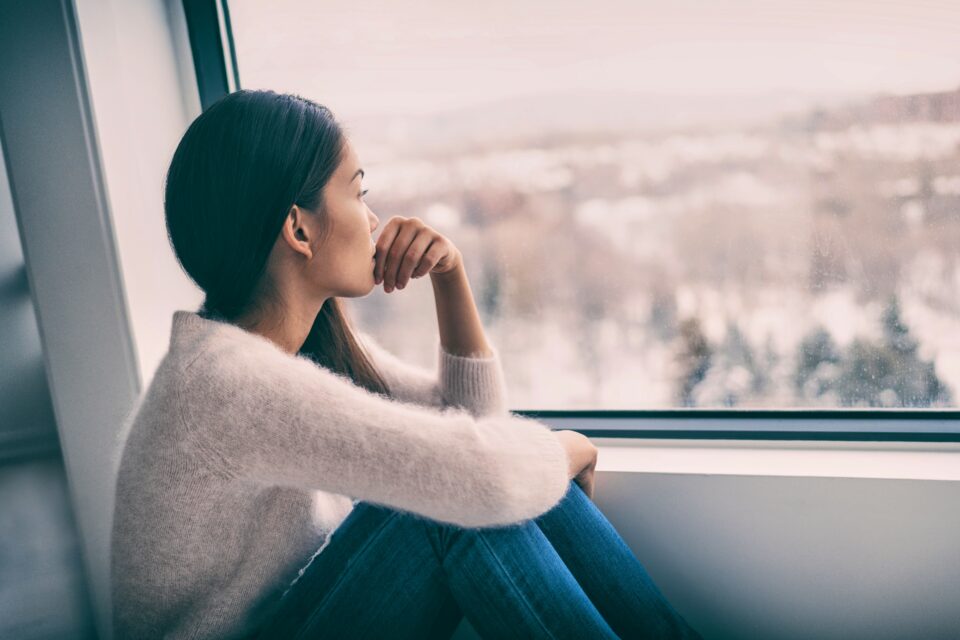 Loneliness is an underestimated threat to heart health

In a new review article, a scientific committee writing on behalf of the American Heart Association has summarized the observational and intervention research that examines the impact of social isolation and loneliness on cardiovascular and brain health. The experts conducted a systematic review of recent research available on four databases, namely PubMed, PsycInfo, Cumulative Index of Nursing and Allied Health, and Scopus.

Dr. Crystal Wiley Cené is the chair of the writing group for the scientific statement, and professor of clinical medicine and chief administrative officer for health equity, diversity and inclusion at the University of California San Diego Health.

“Over four decades of research has clearly demonstrated that social isolation and loneliness are both associated with adverse health outcomes,” said Dr. Cené. “Given the prevalence of social disconnectedness across the U.S., the public health impact is quite significant.”

The experts found that social isolation and loneliness are associated with an increase of about 30 percent in the risk of heart attack or stroke, or of death from either cause. They state that social isolation becomes more of a problem with age, because of factors such as retiring or losing a life partner. It is estimated that nearly one quarter of U.S. adults aged 65 and older are socially isolated, and the prevalence of loneliness is even higher, with estimates of between 22 percent and 47 percent.

Even though older people are more likely to experience social isolation and loneliness, this does not mean that young people are immune. A survey from Harvard University’s Making Caring Common project describes “Gen Z” (adults currently ages 18-22) as the loneliest generation.

Increased isolation and loneliness among younger adults may be attributed to higher social media use and less engagement in meaningful, in-person activities. COVID-19 has probably also played a role in making younger people feel more disconnected from society, and has also disproportionately affected older adults, women and low-income individuals.

The writing group that reviewed research on social isolation published up until July 2021 found the following:

“There is strong evidence linking social isolation and loneliness with increased risk of worse heart and brain health in general; however, the data on the association with certain outcomes, such as heart failure, dementia and cognitive impairment is sparse,” said Dr. Cené.

The researchers found that people with heart disease, who were socially isolated, had a two- to three-fold increase in risk of death during a six-year follow-up study. Socially isolated adults with three or fewer social contacts per month may have as much as a 40 percent increased risk of recurrent stroke or heart attack. In addition, the chance of surviving for at least five years after heart failure was lower (60 percent) in people who were socially isolated, and for those who were both socially isolated and clinically depressed (62 percent). This was in comparison with five-year survival rates in those who have more social contracts and are not depressed (79 percent).

Social isolation and loneliness are also associated with other behaviors that negatively impact cardiovascular and brain health, such as lower levels of self-reported physical activity, eating less fruit and vegetables, and spending more time sitting. In addition, many large studies found significant associations between loneliness and a higher likelihood of smoking.

“There is an urgent need to develop, implement and evaluate programs and strategies to reduce the negative effects of social isolation and loneliness on cardiovascular and brain health, particularly for at-risk populations,” said Dr. Cené. “Clinicians should ask patients about the frequency of their social activity and whether they are satisfied with their level of interactions with friends and family. They should then be prepared to refer people who are socially isolated or lonely – especially those with a history of heart disease or stroke – to community resources to help them connect with others.”

The current review highlights research aimed at reducing social isolation and loneliness among older adults. These studies found that fitness programs and recreational activities at senior centers, as well as interventions addressing negative thoughts of self-worth and other negative thinking, have shown promise in reducing isolation and loneliness.

The review did not identify any research that tested possible interventions to mitigate the adverse impacts of social isolation or loneliness on cardiovascular or brain health specifically.

“It is unclear whether actually being isolated (social isolation) or feeling isolated (loneliness) matters most for cardiovascular and brain health because only a few studies have examined both in the same sample,” said Dr. Cené. “More research is needed to examine the associations among social isolation, loneliness, coronary heart disease, stroke, dementia and cognitive impairment, and to better understand the mechanisms by which social isolation and loneliness influence cardiovascular and brain health outcomes.”

The findings are published in the form of a scientific statement in the Journal of the American Heart Association, an open access, peer-reviewed journal.