How long you blink can impact conversational communication • Earth.com 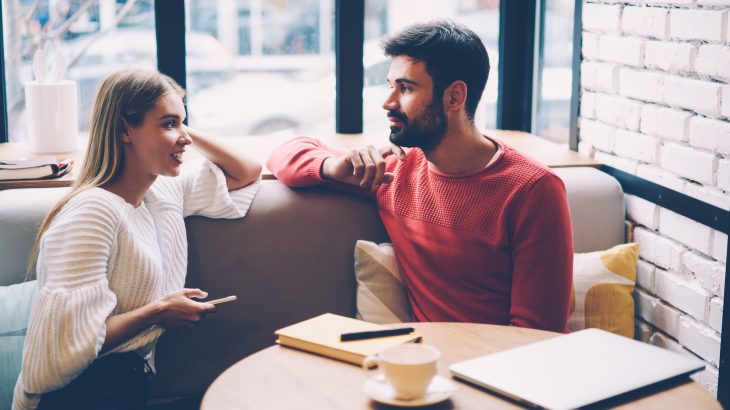 How long you blink can impact conversational communication

We may subconsciously perceive eye blinks as conversational cues according to new research from the Max Planck Institute for Psycholinguistics. Paul Hömke, who headed the study, published December 12th in PLOS ONE, wanted to know if a movement so subliminal as blinking could actually be a form of conversational feedback, similar to nodding one’s head.

Over the course of a day, humans blink about 13,500 times, which is more times than needed to keep the eyeballs moist and lubricated. Other studies have already proven that people blink during natural conversational pauses. However, no one had yet tested the subconscious use of blinking to convey conversational feedback.

Hömke and his team developed a virtual reality-based experiment to monitor blinking during conversation. Participants in the study spoke with an avatar that acted as a “virtual listener.” As participants answered questions like, “how was your weekend?” the researchers controlled the avatar’s nonverbal responses and used short and long blinks in response to the participant’s answer.

Although none of the participants reported noticing a variation in the avatar’s blinking, the participants subconsciously reacted differently to short and long blinks. Longer blinks, for example, elicited a shorter response from the speaker.

The study proves that small, nonverbal responses like blinking clearly impacts a face-to-face conversation. Furthermore, these findings may contribute to future studies that investigate how humans share their mental health status via nonverbal signals.