Lost wallets with more money in them are more likely to be returned • Earth.com 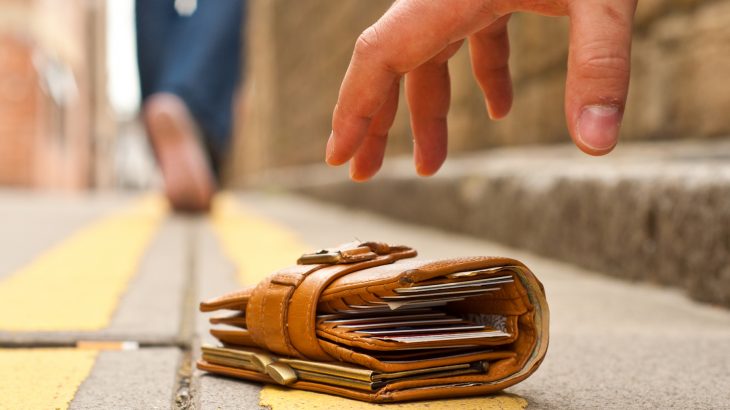 An international team led by the University of Michigan wanted to test how honest the general public is when tasked with returning lost wallets to their owners. To do so, the team turned 17,303 “lost” wallets — some which contained no money, a small amount ($13.45), or a larger sum ($94.15) — into both public and private institutions within 355 cities across 40 countries.

Each wallet also contained three business cards with a person’s fake name and email address printed on them, to make returning the wallet an easy chore.

“Honesty is important for economic development and more generally for how society functions in almost all relationships,” said Alain Cohn, assistant professor at the U-M School of Information. “Yet, it often is in conflict with individual self-interest.”

The research assistants traveled to the locations and acted as though they had found a lost wallet, and dropped it off with the appropriate authorities in each setting. The team hypothesized that each wallet would have a certain amount of money taken out of it, however, they were wrong.

“The psychological forces — an aversion to not viewing oneself as a thief — can be stronger than the financial ones,” said co-corresponding author Michel André Maréchal of the University of Zurich.

Even so this part of the study was shockingly positive, the researchers were even more shocked at the locations where wallets were not returned — the Vatican being one of them.

After the field experiment was complete, the team surveyed over 2,500 people in the United Kingdom, the United States and Poland and asked them about honesty when it comes to finding lost property like wallets. The respondents ultimately agree with the findings — that it felt like stealing if money is in the wallet.

However, another survey in the U.S. and with economists and experts in the field showed that people may be more tempted to keep the contents of the wallet if a large sum of money was inside. The study and surveys are published in Science.

What would you do?