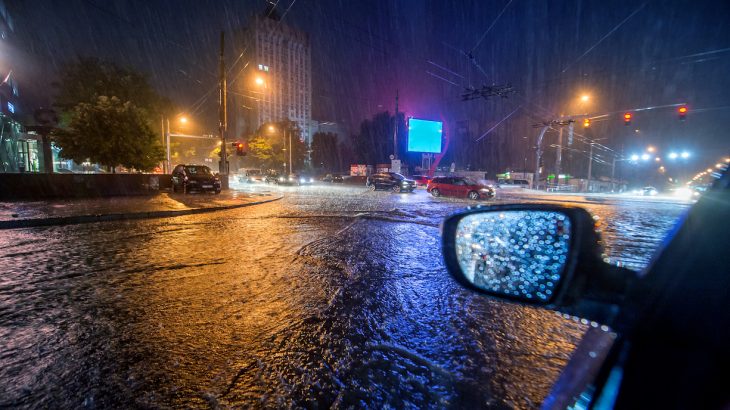 Low-income areas are more vulnerable to severe heat and flooding

A new study from Portland State University has revealed that there is greater potential for flooding and extreme heat in East Portland’s low-income neighborhoods where there are fewer green spaces. In particular, the research was focused on nuisance flooding, which is the kind of flooding that shuts down roads, overwhelms storm drains, and flows into basements.

Portland is burdened with extreme heat in the summer months and frequent flooding in the winter and spring, and these conditions will only become worse as a result of climate change.

The PSU researchers mapped winter flood and summer heat hazard potential and then compared it to sociodemographic and physical variables across individual neighborhoods, including population density, income, and green space.

The study revealed that the areas with the greatest combined hazard potential were poorer communities clustered in East Portland, Southeast Portland, and North Portland. By contrast, the city’s wealthier neighborhoods in the western hills, central Northeast, and in the Southwest showed the lowest risk for extreme heat and flooding.

Heejun Chang is a Geography professor in the College of Liberal Arts and Sciences at PSU and the director of the Water as an Integrated System and Environment (WISE) research group.

“Not surprisingly, those poorer, low-lying areas on the eastside along Highway 205 are disproportionately exposed to floods and urban heat islands,” said Professor Chang. “Those are the potential target areas where the city needs to pay attention to.”

According to Professor Chang, planting trees is an easy and effective action to ease both urban heat and flooding.

Professor Chang said that in some areas where impervious surface areas are too high, green roofs might be a better alternative. His team will continue to explore ways to expand green infrastructure to reduce the potential for extreme heat and nuisance flooding.

The study is published in the International Journal of Disaster Risk Reduction.