Lyrid meteor shower returns for its annual visit - here’s when to catch it • Earth.com 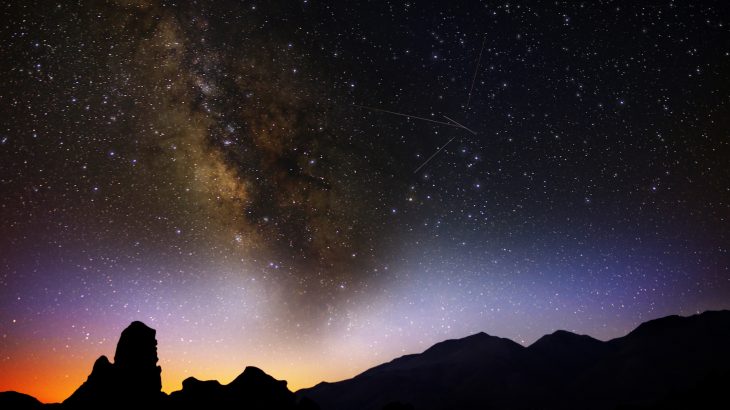 Every year from about April 16th to April 25th, the Lyrid meteor shower is active and lucky stargazers can watch as meteors from the Thatcher comet streak across the night sky.

Why does it happen annually? It’s because at this time of year, the Earth’s rotation crosses the orbital path of the Thatcher comet.

The Lyrid shower is not as bright as the Perseuds or Geminids showers, but it is one of the oldest documented annual showers in history.

Astronomical records of the Lyrid shower date as far back as 687 BC in ancient China, according to EarthSky.

The peak of the shower is expected to occur on April 22 to the morning of April 23rd, which will be the best time for people to see it.

This year, the shower’s peak coincides with the waning gibbous moon, a lunar phase where the moon is very nearly full.

Because of the moon’s brightness, the Lyrid shower will not be as easily visible, but that’s not deterring skywatchers who have been waiting for a meteor shower since early January.

If you live in the Northern Hemisphere, head out in the early morning before dawn for your best chance to see the shower.

Luckily, the Lyrid shower is visible without a telescope, and around 10 to 20 meteors pass by per hour at the peak.

There have been instances where the Lyrid shower had an outburst of meteors. In 1982, observers documented around 100 meteors per hour. That same number was witnessed in Japan in 1945 and by Greek astronomers in 1922. However, an outburst is not predicted for this year’s shower.