The pink moon arrives this evening, but don’t be fooled by its name • Earth.com 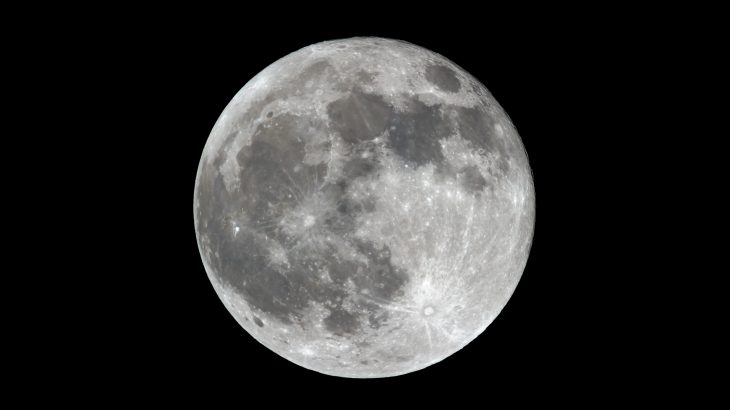 The pink moon arrives this evening, but don’t be fooled by its name

The fourth full moon of 2019 is set to take place this week on Good Friday. The name “Pink Moon” was given to the April full moon by northern Native American Indian tribes. While the moon will not actually appear pink, the moon phase is named after a wildflower that blooms each year in April.

The Pink Moon coincides with the appearance of the the moss pink flower, Phlox subulata, which blooms in the United States and Canada. The Pink Moon has also been called the Sprouting Grass Moon, the Egg Moon, and the full Fish Moon.

Millions of people around the world have caught spectacular lunar events this year, including the Super blood wolf moon eclipse in January.

According to the U.S. Naval Observatory, observers on the eastern coast of the United States can see the Pink Moon rise on Thursday evening and reach 100 percent fullness on Friday morning at 7:12 a.m and will also be visible that night.

In China, the full moon will peak in the evening time starting about 4:00 p.m., calculated from China Standard Time. The moon will set at 13:00 WET in France, Spain, and Italy, and at around 14:00 EET in eastern Europe.

Some astrologers believe that the Pink Moon signals a time for all living creatures to reawaken after a long winter, and that this is a time when new and exciting things should start falling into place.

In 2017, April’s full moon coincided with a lunar eclipse in Scorpio. Coincidentally, a total lunar eclipse also occurred during the full moons of April 2014 and April 2015, which meant that for some observers the moon actually looked like a rusty red or pink.