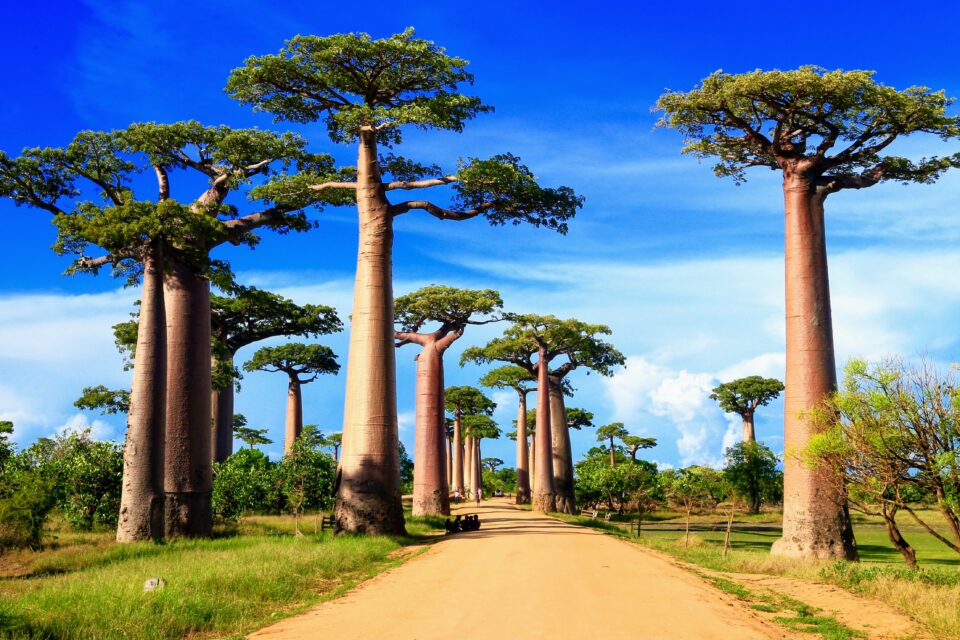 Madagascar is the world’s fifth largest island and is situated in the southern Indian Ocean, around 250 miles (400 kilometers) off the east coast of southern Africa. Although it is thought to be one of the last large land masses to have been colonized by humans, details of its settlement remain sketchy and enigmatic.

Today, this fascinating island is home to a unique assemblage of fauna, such as lemurs, tenrecs and fossas, that are found nowhere else on earth. The paleontological evidence, however, reveals that there were once impressive giant birds and mammals present, but that these megavertebrates disappeared from the face of the island around 1,000 years ago. Some scientists have suggested that human activities may have been implicated in their demise but, without knowing the history of human occupation of the island, it is impossible to ascertain the impact that colonizers may have had on the island’s biodiversity.

A new study, published in the journal Current Biology, has now used genetic techniques, local ancestry information and simulated genetic data to understand more about the origins of the Malagasy people and to retrace the history of human settlement on the island. During a 10-year period starting in 2007, Malagasy and international researchers from the Madagascar Genetic and Ethnolignuistic (MAGE) project visited more than 250 villages across the island to sample human cultural and genetic diversity.

Previous linguistic studies have suggested that the Malagasy language evolved from an Austronesian background and shares similarities with languages spoken in Indonesia, more than 4,000 miles away. In addition, there are contributions from Bantu and Arab-Swahili languages, indicating possible influences from the African mainland. The people who live on Madagascar today are known to trace their roots back to two small populations: one Bantu-speaking from Africa and another Austronesian-speaking from Asia. But, beyond that, the history remained rather murky.

Researchers in the current study used data on shared genomic fragments to understand the demographic history of the Malagasy population. The number and length of shared chromosomal fragments, called Identity-By-Descent haplotypes (IBD), are markers of fluctuations in population size over time. Data on the prevalence and structure of shared segments of DNA were thus analyzed from 700 Malagasy people, and were compared with data from 3,464 individuals sampled in other populations.

Although the results could not elucidate the time of arrival of the Asian population, it did show that this group of people underwent at least 1,000 years of isolation and genetic bottleneck before the arrival of the African peoples. It also showed that, at the time of the admixture event, the Asian inhabitants of the island numbered no more than a few hundred individuals and there had been no significant genetic exchange with any other groups of people over the previous 1,000 years.

The authors of the study say their results cannot show whether the Asian population was isolated once it arrived in Madagascar, or whether it arrived subsequent to having been isolated for between 30 and 70 generations somewhere else. Both scenarios are possible, they say. What is clear, however, is that after gene flow from the African colonizers commenced, the Malagasy population experienced rapid expansion and growth. In addition, the time of admixture and population expansion coincides with a time during which all the island’s megafauna became extinct.

“This human demographic expansion was simultaneous with a cultural and ecological transition on the island,” says Denis Pierron, French National Centre for Scientific Research (CNRS) researcher in Toulouse, France. “Around the same period, cities appeared in Madagascar and all the vertebrates of more than 10 kilograms disappeared.”

The findings have important implications that may now be applied to studies of other human populations. For instance, it shows it’s possible to untangle the demographic history of ancient populations even well after two or more groups have mixed, by using genetic data and computer simulations to test the likelihood of different scenarios. The findings also offer new insights into how past changes in human populations led to changes in whole ecosystems.

“Our study supports the theory that it was not directly the arrival of humans on the island that caused the disappearance of the megafauna, but rather a change in lifestyle that caused both a human population expansion and a reduction in biodiversity in Madagascar,” Pierron says.

While these efforts have led to much better understanding of Madagascar’s history, many intriguing questions remain. For instance, Pierron asks, “If the ancestral Asian population was isolated for more than a millennium before mixing with the African population, where was this population? Already in Madagascar or in Asia? Why did the Asian population isolate itself over 2,000 years ago? Around 1,000 years ago, what triggered the observed cultural and demographic transition?”