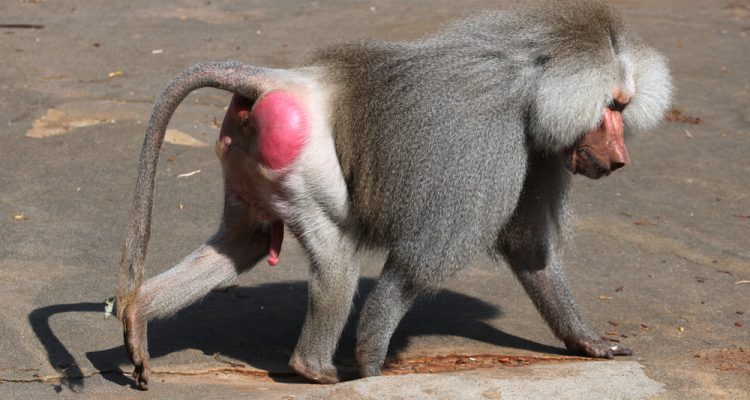 Male baboons may resort to murder in order to reproduce faster

Male baboons are so determined to sow their wild oats that they may consider bloodthirsty measures, a new study reveals.

When faced with a group that consists of low numbers of fertile females, male baboons resort to violence – killing infant baboons sired by other males, as well as attacking pregnant females in an attempt to cause them to miscarry.

This behavior helps ensure that the male will be able to sire its own offspring while preventing successful reproduction by other males in the group. It’s the baboons’ way of trying to “survive and reproduce,” said study author Matthew Zipple of Duke University.

Male baboons typically engage in this type of violent behavior in situations where they have few opportunities to mate. Low populations of fertile females can be caused by food shortages, among other factors.

The study was published in the journal Proceedings of the Royal Society B. It came about after researchers, while looking through baboon census records, noticed an increase in infant deaths shortly after a new male was introduced to the group. The deaths were only limited to infants; the numbers did not reflect similar statistics amongst one- and two-year-old baboons.

While past studies have shown that animals such as lions, dolphins, and rodents also commit infanticide, this data helps back theories about why these killings occur. Researchers believe that when a male baboon kills an infant or a fetus, it shortens the time they must wait to mate with the mother.

If a mother baboon gives birth to a baby, it takes at least a year for her to be ready to reproduce again. If that baby dies as a fetus or infant, she can be ready in a mere 41 days.