Male ostriches are driven by competition, not cooperation • Earth.com 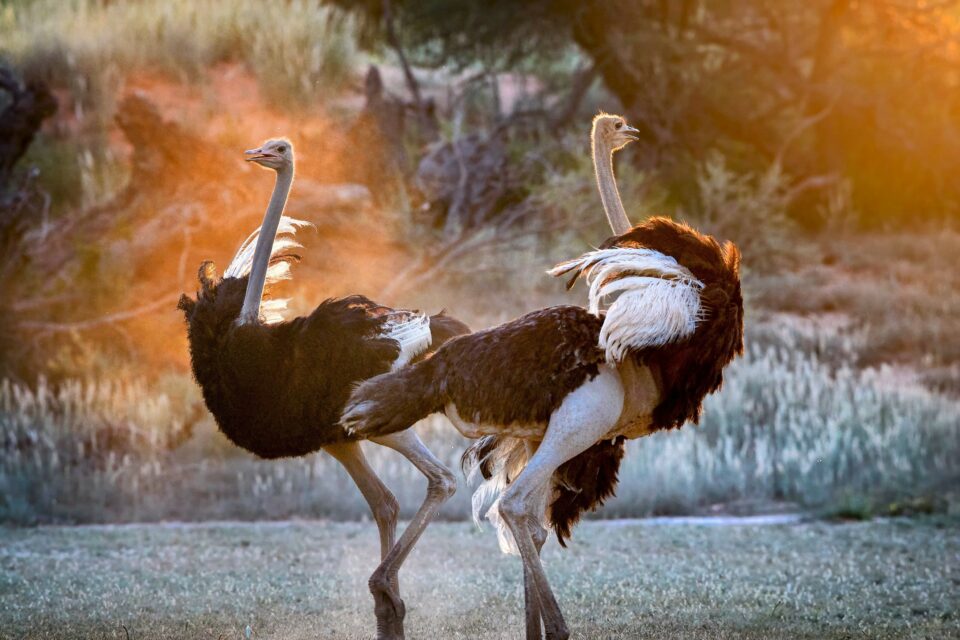 Male ostriches are driven by competition, not cooperation

In social groups, male and female ostriches are affected differently by cooperation and competition. According to a new study from Lund University, this depends on males and females having different interests and could determine which group sizes work best.

To understand the pros and cons of living in a group, the research team studied ostriches over a seven-year period in different sized groups. At the start of each breeding season, various numbers of males and females were placed in enclosures to create experimental groups similar to those seen in the wild.

For the study, natural incubation behavior was prevented by temporarily removing ostrich eggs. This allowed the researchers to measure the effect of group size and cooperation on reproductive success based on the number of offspring born.

“We decided to study the ostriches under controlled conditions in order to distinguish the effect of individual differences from group attributes on reproductive success and find out how competition and cooperation changed with the size of the group,” explained study co-author Julian Melgar.

The results showed that males and females have different interests. In particular, males wanted to continue mating even when the females had already started thinking about incubating eggs. This resulted in many eggs being crushed.

“The difference in interests between the sexes could help us to explain why the size of ostrich groups varies so much in nature,” said Melgar. The optimal group size appears to depend on the balance between the sexes, competition and cooperation within the group.

Ostriches parent through cooperation. Groups breed in a communal nest and individuals take turns to incubate the eggs. This cooperative breeding comes at a price – there can be tough competition for mates and for whose eggs get incubated.

“As the importance of our results applies not only to ostriches, but also to other organisms that form groups, the results could help us to improve our understanding of the evolutionary driving forces behind the emergence of group living and cooperation,” concluded Melgar.