Male patient in London may have been cured of HIV • Earth.com 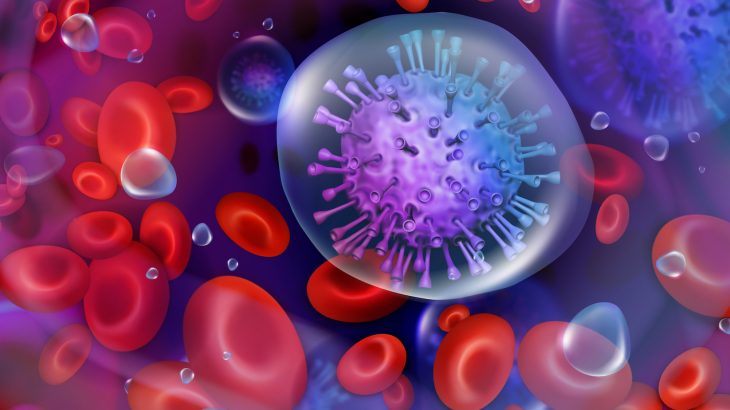 Male patient in London may have been cured of HIV

According to a study published in the journal Nature this week, a second person has been potentially cured of HIV. The London patient has been in remission for 18 months after receiving stem cells from a donor who has the genetic mutation CCR5-delta 32, which causes resistance to the viral infection.

The report comes more than 10 years after experts successfully performed the same procedure on a patient in Berlin.

Study lead author Ravindra Gupta is a professor in the Division of Infection and Immunity at the University College London.

“By achieving remission in a second patient using a similar approach, we have shown that the Berlin Patient was not an anomaly and that it really was the treatment approaches that eliminated HIV in these two people,” said Professor Gupta.

HIV affects 37 million people worldwide, and nearly one million people die each year from complications of the virus. Patients with HIV are treated using antiretroviral therapy, which involves suppressing the virus with medications that must be taken for life.

Professor Gupta said that the technique used for the patients in London and Berlin is not suited for all patients with HIV, but that the research offers hope for new treatment strategies such as gene therapies.

The London patient is a male resident of the UK who was diagnosed with HIV in 2003 and started antiretroviral therapy in 2012. After being diagnosed with advanced Hodgkin’s lymphoma, the patient underwent chemotherapy followed by a stem cell transplant in 2016.

To investigate whether he still had HIV, the man stopped taking his antiretroviral therapy medications for 18 months. Testing has revealed that his HIV infection is undetectable. Professor Gupta’s team will continue to monitor the patient’s condition to learn if he is truly cured of the HIV infection.

Dr. Sharon Lewin, the director of the Peter Doherty Institute for Infection and Immunity, said that the London patient’s remission is “exciting.”

“Coming 10 years after the successful report of the Berlin Patient, this new case confirms that bone marrow transplantation from a CCR5-negative donor can eliminate residual virus and stop any traces of virus from rebounding,” said Dr. Lewin. “Two factors are likely at play: The new bone marrow is resistant to HIV, and also, the new bone marrow is actively eliminating any HIV-infected cells.”

The report on the London patient was presented at the Conference on Retroviruses and Opportunistic Infections in Seattle.