How male seahorses give birth • Earth.com 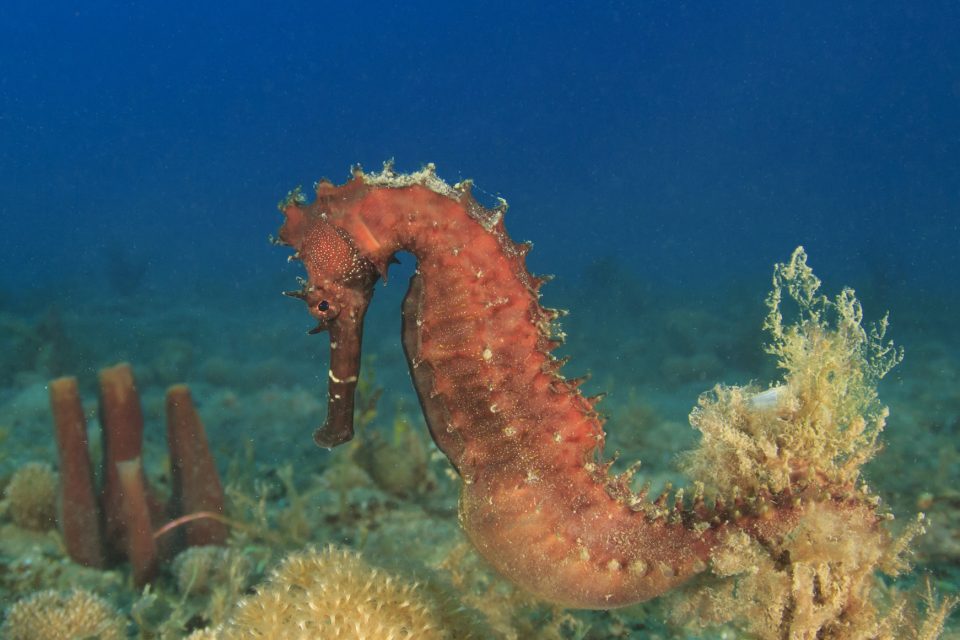 How male seahorses give birth

“Life is always a rich and steady time when you are waiting for something to happen or to hatch.”

In nearly every animal, it is the female who is responsible for carrying offspring to term. Sure, the males of some insects and amphibians tote around eggs until they hatch. But they’re not actually pregnant. They’re more like Park Slope dads…though taking on more traditionally female roles, their spawn remain outside the body. Not so with the members of the fish family Syngnathidae. The males of these fish, which include the 32 species of the widely known seahorses of the genus Hippocampus, as well as the 180 species of pipefishes and two species of sea dragons, actually become pregnant in the true sense of the word. This is particularly true of male seahorses and some pipefishes, which actually have pouches that contain their eggs.

Like a marsupial’s, the seahorse’s pouch is on the outside of the body. That is, it doesn’t connect to the abdominal cavity. Instead, it is an extension of the skin. Some pipefish and sea dragons merely possess an indentation or patch in which eggs are deposited. It is easy to tell male and female seahorses apart using this region, which is smooth and not covered by bony plates as the rest of the body is.

When seahorses are ready to mate, they engage in a dance in the early hours of the morning. Eligible males may inflate and deflate their pouches with water to demonstrate their available real estate and both partners brighten their coloration. This courtship ritual lasts for as many as 8-9 hours. The climax occurs when the female injects her eggs into the male’s pouch using her penis-like ovipositor. Though fertilization was long thought to occur inside the pouch, recent research has revealed that the sperm-releasing orifice is outside of the pouch. This means that the sperm must fertilize the eggs in the few seconds during which they are outside of both parents. Males may take in only a few eggs or as many as 1,500, depending on the species.

Upon impregnation, the male becomes largely sedentary until he gives birth some 9-45 days later. His mate visits him each morning and they engage in an abbreviated version of their initial mating dance. As he gestates, he actively nourishes and cares for eggs inside the pouch. These pouches aren’t mere receptacles, holding the eggs until they hatch. They contain specialized tissues that help to nourish the roe, much as a female uterus does. In fact, the pouch is known as a marsupium, like that of mammalian marsupials.

The lining of the pouch is heavily vascularized and spongy. Once the eggs are inside, their outer coating is dissolved and they embed in the wall of the organ. This allows the male’s body to provide them with nutrients and oxygen, and to dispose of waste through his blood vessels.

The male’s body also regulates the concentration of salt and other substances inside the pouch to levels optimal for the eggs and produces antimicrobial compounds to protect them from infection. Genomic analysis has revealed that some 3,000 genes play a role in regulating male pregnancy in seahorses. Remarkably, many of these genes are similar to those that influence pregnancy in females of other animals. (This unique hormonal systems may put them at risk from endocrine disrupting chemicals released into the water as a result of human pollution.) 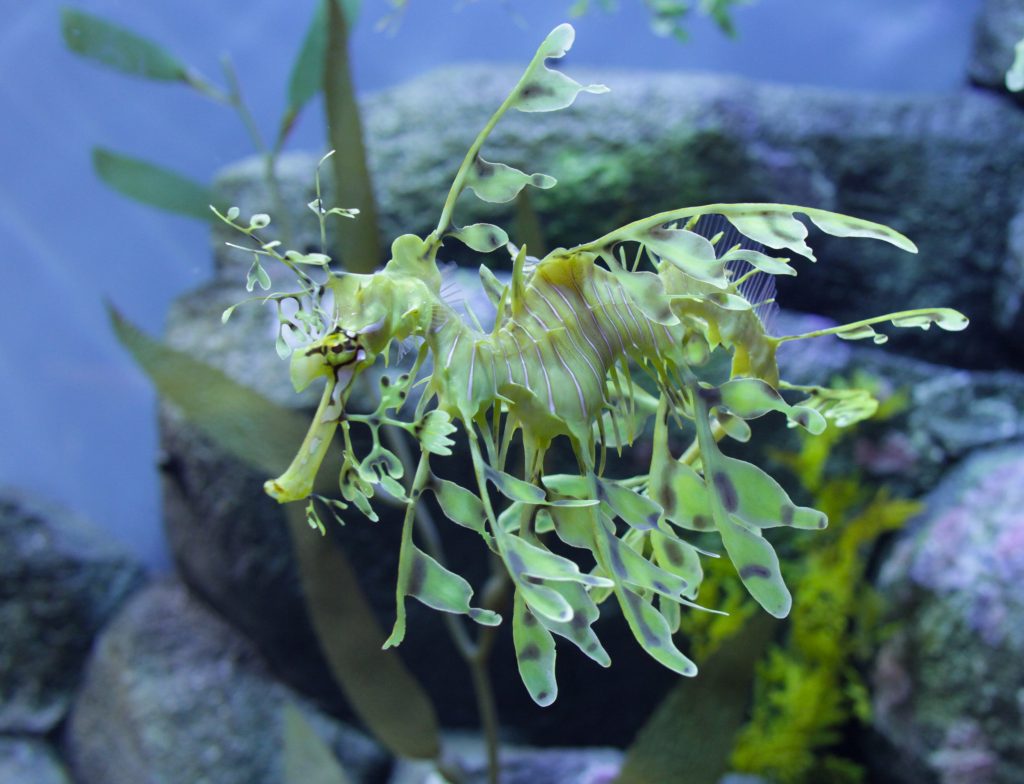 The eggs eventually hatch inside the pouch and the fry remain there for about a week. When the male is ready to give birth, he begins having contractions that eventually expel his brood into the water, where they must immediately begin caring for themselves. Some 1% of them are likely to survive to adulthood. At the largest, they are perhap 12 mm long and thus prime targets for the many predatory organisms inhabiting their habitats in seagrass beds and reefs. As soon as the male gives birth, he is almost immediately ready to be impregnated again.

Over a single breeding season, all seahorses are monogamous. Though it has been said that they mate for life, this has not been definitively established. Some species of the related pipefishes, however, don’t display any fidelity at all…females may lay their eggs in several different males. In these species, the females may display prominent secondary sex characteristics, in the inverse of the usual dynamic. Think, for example of male peacocks and birds of paradise, which are more ornamented than the drab females. Seahorses, on the other hand, display little sexual dimorphism.

Fascinatingly, the mating habits of the syngnathids appear to have driven speciation within the group. Speciation is a phenomenon often associated with the geographical relocation of one population, so that genes are no longer exchanged between other groups, leading to the formation of a new species. This is known as allopatric speciation.

However, sympatric species, in which two or more species diverge while still inhabiting the same area, is much rarer. It has been postulated that because seahorses appear to prefer mates of the same size, over time, this preference led to the formation of genetically distinct populations. Larger seahorses mated with larger seahorses and smaller seahorses with smaller seahorses, leading to two groups that adapted to different niches in the same habitat.

The discovery of the world’s smallest seahorse, the .8 inch long Hippocampus denise, supports this theory. It was initially believed to be simply a juvenile of a related species, which it resembles. The syngnathids are largely sedentary, only incidentally dispersing from their place of birth when washed out to sea while clinging to mats of debris and vegetation, so it is also likely that geographical separation and thus allopatric speciation also played a role.

Further study of these strange creatures and their sui generis mode of reproduction is needed. They are under threat.  As many as 37 million are taken each year as bycatch and their seagrass and reef habitats, many of which are near shore, are at constant risk. We don’t want a world in which there aren’t pregnant seahorses dancing with their mates at dawn.