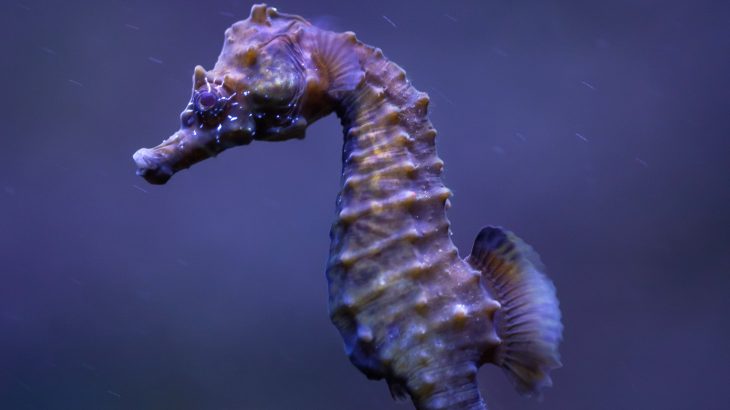 Recreational boating along the British seaside may be needlessly endangering populations of native seahorses.

Studland Bay is the only area in England where two native species, spiny seahorses and short-snouted seahorses, have been observed in the same place.

According to the Daily Mail, which reported on the alarming declines, the seahorses flock to Studland Bay to breed in early spring and leave in the fall.

The bay should be a hotspot for the seahorses, but the Seahorse Trust says that the marine creatures have all but disappeared from their breeding grounds.

Only one dead spiny seahorse was found in the bay which indicates that there are fewer and fewer seahorses visiting the area each year.

“We need to protect the most important site for seahorses in the UK,” Neil Garrick-Maidment, the director of the Seahorse Trust told the Daily Mail. “The numbers have declined since 2008 and the fact that we have only found one dead seahorse this year is alarming and appalling. This site should be thriving and vibrant but it is now a bit of a desert.”

The reason for the declines in seahorse populations, according to the conservation organization, is recreational boating in the bay. Boaters are dragging their anchors along the seagrass beds and disrupting the delicate breeding grounds of the two species of seahorses.

An application to classify the bay as a protected Marine Conservation Zone has been submitted to the government and a decision is expected in the next few months on whether or not the request will be granted.

“We’re not calling for boats to be banned from the site, but it would be beneficial if environmentally-friendly moorings could be put in for boats so that anchors don’t drag along the seabed,” Garrick-Maidment said to the Daily Mail. “We’ve submitted a formal application to the government and it is now in their hands.”