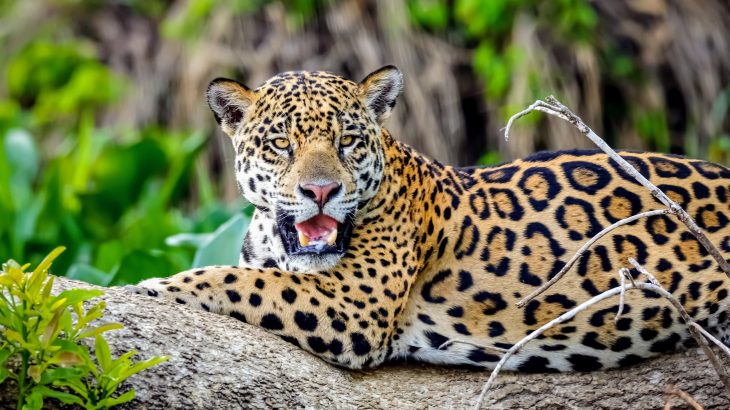 Experts at the University of São Paulo (USP) in Brazil conducted two studies to investigate mammal extinctions, or mammal defaunation, throughout the Neotropics. The first analysis reveals that more than 40 percent of the region’s ecosystem services have been lost, while the second paper finds that 56 percent of all medium- to large-bodied mammal species have vanished.

The team also discovered that the surviving mammals are the smallest. According to study lead author Juliano André Bogoni, the researchers were surprised by the findings.

“We knew that while mammal species are declining very rapidly in the Neotropics, there are still ‘backups’: for every species that disappears, another survives to perform the same service,” said Bogoni.

“But this isn’t the case for all species. There are families like Cricetidae (rodents such as rats, mice, voles, etc.) in which there may be 30 species in a genus and as many as 100 species in ‘sibling groups’ which are closely related in evolutionary and morphological terms. In other words, there are many overlapping species among small mammals and flyers (bats). If we had confined our analysis to medium- and large-bodied mammals, the loss of ecosystem services would have been far greater.”

There is usually not the same time type of overlapping among apex predators. “Only one backup exists in many places. Jaguar and puma, for example. When one is lost, only the other remains, if they coexist in the same place, which they often don’t, so loss of the species means loss of the services,” said Bogoni.

Under various mammal defaunation scenarios, the main ecosystem services affected were ecotourism, soil formation, disease control, and protein acquisition by traditional people. The service losses ranged from 38.9 to 53.0 percent compared to the baseline. Bogoni pointed out that some ecosystem services can decline very quickly.

“People mostly identify with apex predators or animals with charismatic ecomorphological traits. Rats are unlikely to symbolize ethnocultural identity, whereas jaguars have gripped people’s imagination since pre-Columbian times. Another example of severe decline in services is the provision of animal protein for traditional communities in the form of subsistence hunting. This is a service without much backup and one of those that have declined most. The less backup, the greater the possibility of decline and even complete disappearance.”

To examine the true extent of mammal defaunation, the researchers used a mathematical approach called confusion matrix to handle false negatives, or situations when animals were presumed to be present but were not in the modern database.

“Applying this matrix to ‘correct’ for possible false negatives, our results showed mean adjusted defaunation of 56.5%,” said Bogoni. “The most severe defaunation rates were in Central America, the Caatinga biome in Northeast Brazil, and the northern portion of South America.”

“Assemblages have been downsized. A breakdown of the data by assemblage should show animals weighing 14 kilograms in 95% of cases according to the historical average, but now they weigh only 4 kg. In other words, only the smaller animals have survived. Defaunation is not only pervasive but also mainly concerns large-bodied animals, probably owing above all to loss of habitat accentuated by hunting.”

The study is published in the journal Ecosystem Services.