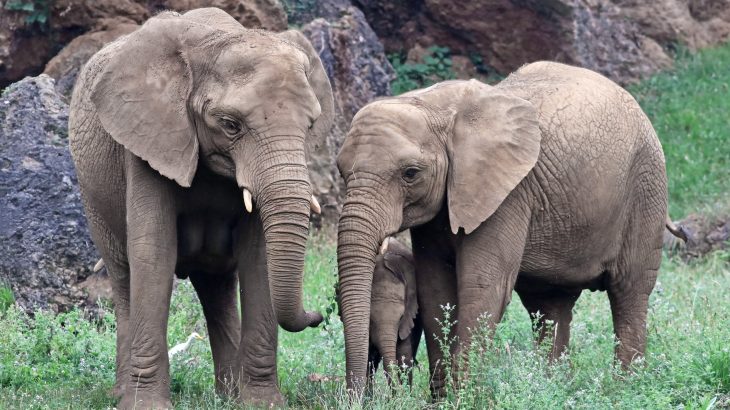 Human activities are responsible for 96 percent of all mammal extinctions in the last 126,000 years, according to a new study from the University of Gothenburg. During this time period, mammals have vanished by about 1,600 times the natural rate. The researchers found that this increase in mammal extinctions has been driven almost entirely by human activities, not climate change.

The study suggests that even prehistoric humans had an impact on biodiversity that was more destructive than the largest climate shifts in recent history, including the last ice age.

While many experts theorize that abrupt environmental shifts put too much pressure on mammals during prehistoric years, the results of the new study indicate that these mammals were resilient to extreme climate change.

“However, current climate change, together with fragmented habitats, poaching, and other human-related threats pose a large risk for many species,” said Silvestro.

The investigation was focused on a large set of fossils representing 351 mammal species that have disappeared since the beginning of the Late Pleistocene. The fossilized animals included iconic species such as mammoths, sabre tooth tigers, and giant ground sloths.

“These extinctions did not happen continuously and at a constant pace. Instead, bursts of extinctions are detected across different continents at times when humans first reached them,” said study co-author Tobias Andermann. “More recently, the magnitude of human driven extinctions has picked up the pace again, this time on a global scale.”

The researchers noted that for decades,  scientists have debated the extent of human-driven species extinctions in prehistoric times.

“Regardless of the drivers of Pleistocene extinctions, the human impact in the most recent extinctions is undeniable, and a central question concerns the effect that anthropogenically elevated extinction rates will have on future mammalian diversity,” wrote the study authors. “When generating future projections, it is important to consider that past extinction events only constitute a fraction of the true human impact on biodiversity.”

“In addition to driving species to global extinction, human activity has led to decreases in population sizes and species ranges for a much larger fraction of mammalian species. Consideration of these trends is included in the International Union for the Conservation of Nature (IUCN) Red List criteria for evaluating the extinction risk of individual species.”

According to the researchers, the current rate of mammal extinctions is likely the largest event of this kind since the end of the dinosaur era. Based on computer simulations, the experts predict that these rates will continue to rise rapidly, potentially reaching 30,000-fold above the natural level by the end of the century if current trends continue.

“Despite these grim projections, the trend can still be changed. We can save hundreds if not thousands of species from extinction with more targeted and efficient conservation strategies. But in order to achieve this, we need to increase our collective awareness about the looming escalation of the biodiversity crisis, and take action in combating this global emergency,” said Andermann. “Time is pressing. With every lost species, we irreversibly lose a unique portion of Earth’s natural history.”