The secret behind the powerful punch of the mantis shrimp • Earth.com 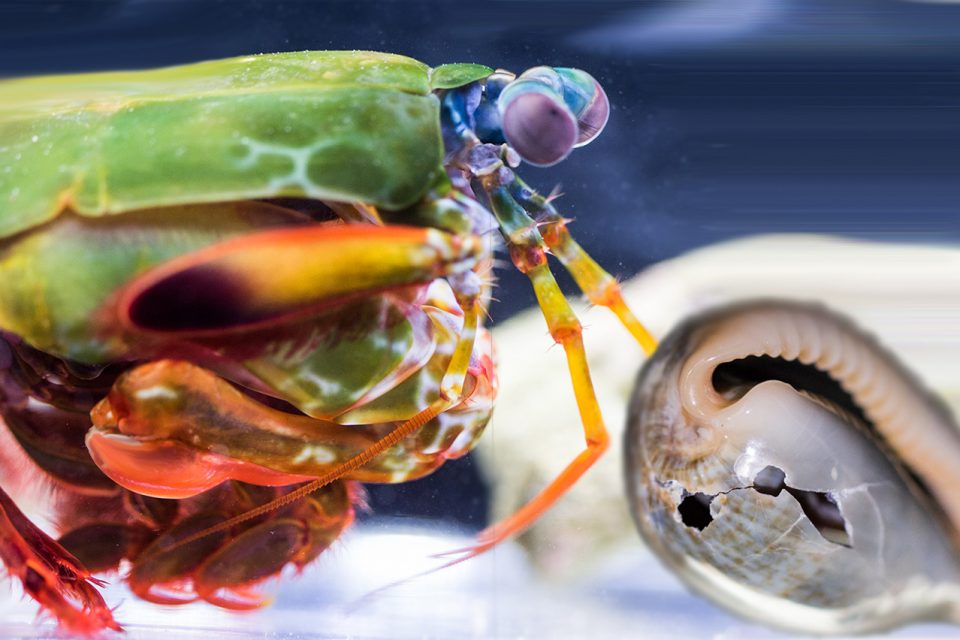 The secret behind the powerful punch of the mantis shrimp

Club-like appendages enable the mantis shrimp to batter its prey with the most powerful punch in the animal kingdom. A study by researchers in Singapore has now revealed what is behind the incredible strength of this punch.

The experts have found that the mantis shrimp’s limbs are equipped with a saddle-shaped structure that acts like a spring to store and then release energy. In an effort to understand how the saddle could store so much elastic energy without breaking, the team analyzed the composition of the two layers that make up its structure.

“Nature has evolved a very clever design in this saddle,” said Miserez. “If it was made of one homogeneous material, it would be very brittle. It would for sure break.”

Using micro-measurements of the materials’ mechanical properties, the researchers managed to develop a simulation of the mantis shrimp’s strike. The top layer of the saddle is primarily made up of a bioceramic similar to bone, while the layer underneath contains a higher content of biopolymers, which are fibrous and strong like a rope.

When the energy is loaded into the saddle from the mantis shrimp’s muscles and connective tissues, the top layer is compressed while the bottom layer is stretched. In other words, each layer is placed under the particular force that it is best able to withstand.

“If you asked a mechanical engineer to make a spring that can store a lot of elastic energy, they wouldn’t think of using a ceramic. Ceramics can store energy if you can deform them, but they’re so brittle that it wouldn’t be intuitive,” said Miserez. “But if you compress them, they’re quite strong. And they’re stiffer than metal or any polymer, so you can actually store a higher amount of energy than you could with those materials.”

The team will continue to study the structure of the mantis shrimp saddle. With the help of 3D printers, the researchers have already begun creating springs inspired by their findings that may ultimately be used in microrobotics.

“From a fundamental science perspective, the mechanics of this structure are quite interesting,” said Miserez. “But what this design also shows is that you can make a very efficient spring – and you can make it out of ceramics, which are more efficient than other materials people are using now. You can use materials that you wouldn’t have thought about based on your mechanical engineering knowledge.”