Many blue lakes are expected to turn green and brown • Earth.com 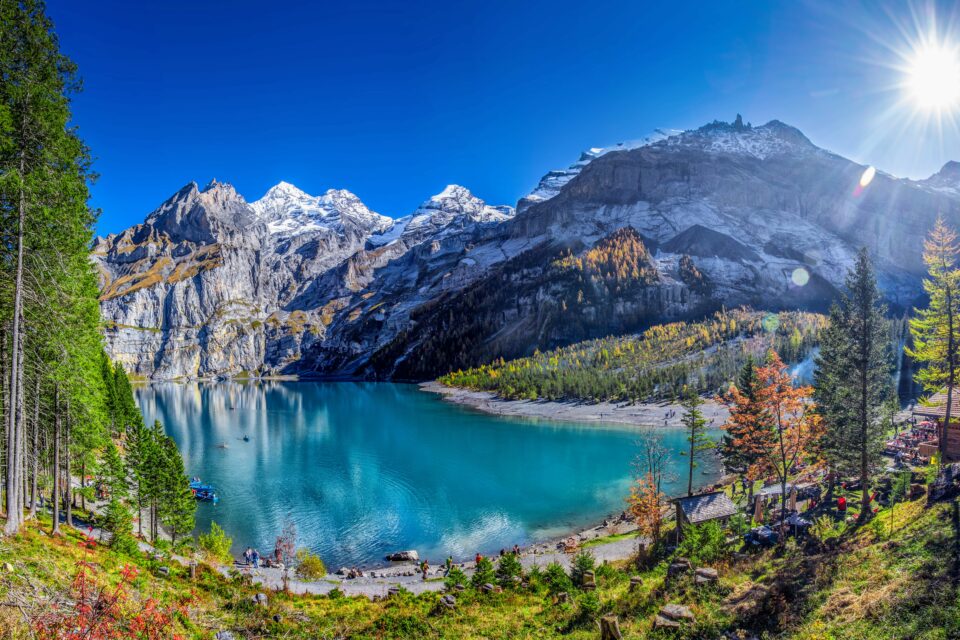 Many blue lakes are expected to turn green and brown

A new study published by the American Geophysical Union is the first global survey of lake colors. While this may not seem like an important topic, color is directly tied to the ecological health of a lake and is intimately influenced by the climate. Since the climate has been changing, so has the algae and sediment content of lake water, shifting the color from blue to brownish.

To be clear, less than a third of all lakes are naturally blue in color. These are mostly deep lakes found in cool, high latitude environments with winter ice cover and high precipitation. Worldwide, 69 percent of lakes are already green-brown.

“No one has ever studied the color of lakes at a global scale,” said Xiao Yang, remote sensing hydrologist at Southern Methodist University. “There were past studies of maybe 200 lakes across the globe, but the scale we’re attempting here is much, much larger in terms of the number of lakes and also the coverage of small lakes. Even though we’re not studying every single lake on Earth, we’re trying to cover a large and representative sample of the lakes we have.”

To complicate things, lake colors can change seasonally with algae growth. The researchers categorized the lakes by the color most frequently shown over seven years.

The experts also looked at how changing climate might impact the future color of lakes. Lakes in the Rocky Mountains, northeast Canada, northern Europe and New Zealand are likely to turn from blue to green-brown in the future.

“Warmer water, which produces more algal blooms, will tend to shift lakes towards green colors,” said Catherine O’Reilly, an aquatic ecologist at Illinois State University. “There are lots of examples of where people have actually seen this happen when they studied one individual lake.”

The scientists say that while studies of lake health have been carried out on local and regional levels, lake color is a good metric for global scale lake health measurements. This method is also a way to look at the health of remote lake ecosystems.