Many young adults are unaware of common stroke symptoms • Earth.com 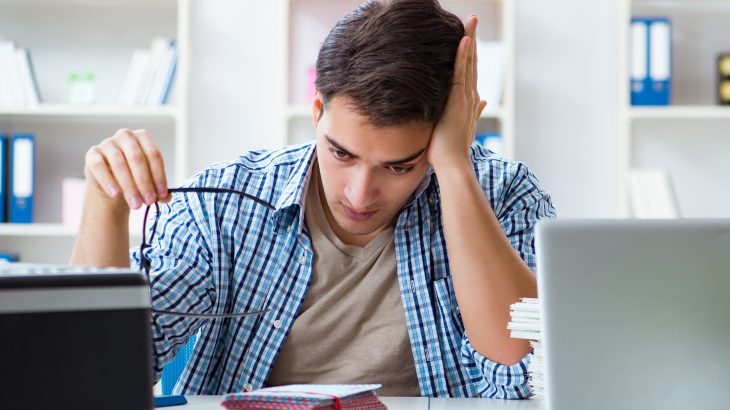 Nearly 30 percent of young adults do not know the common symptoms of a stroke, according to a new report published by the American Heart Association. Stroke is a leading cause of death and disability, and tens of thousands of young adults suffer from this type of cardiovascular event each year in the United States.

While research suggests that stroke incidence is declining in the general population, this is not the case for people under the age of 45. Over the past few decades, stroke incidence has increased by more than 40 percent in young adults.

Study co-author Dr. Khurram Nasir is the chief of the Division of Cardiovascular Prevention and Wellness at Houston Methodist DeBakey Heart and Vascular Center in Houston, Texas.

“While the medical community has made significant improvements to reduce the severity and complications of strokes with early interventions, these efforts are of limited value if patients do not recognize stroke symptoms,” said Dr. Nasir.”Time is critical for treating stroke. The earlier people recognize symptoms, the better their chances are to reduce long-term disability from stroke.”

The researchers analyzed responses to the 2017 National Health Interview Survey, which asked adults to identify five of the most common stroke symptoms: confusion or trouble speaking; numbness in face, arm, or leg; dizziness or loss of balance; severe headache; and difficulty seeing with one of both eyes.

The study was focused on the survey responses of nearly 10,000 young adults under the age of 45. Overall, 28.9 percent of these participants were not aware of all five common stroke symptoms. Hundreds of the respondents were not familiar with even one symptom.

Dr. Nasir said the number of young adults who are unaware of stroke symptoms is surprising. “With the growing risk of stroke among younger adults in the U.S., our study sheds light on particularly vulnerable individuals and communities that already experience a disproportionately greater burden of stroke and cardiovascular risk factors, as well as reduced access to health care services.”

“We hope that highlighting the continued impact of current health disparities may advance focused public health strategies and educational initiatives to increase awareness of and appropriate response to stroke symptoms.”

Dr. Mitchell S. V. Elkind noted that with timely medical attention, stroke is largely treatable. “The faster you are treated, the more likely you are to minimize the long-term effects of a stroke and even prevent death.”

“Calling 9-1-1 is critical because trained EMS personnel can start the care protocol en route to the hospital and have specialized teams standing by, ready at the hospital to administer the most appropriate treatment immediately,” said Dr. Elkind.

According to Dr. Nasir, there is an urgent need to address contemporary health inequities head-on through multidisciplinary public health approaches.

“Our results show that novel strategies are required at the population level to increase symptom awareness among young adults, where we have found a higher-risk population with substantial variations in symptom recognition.”

The study is published in Stroke, a journal of the American Stroke Association.