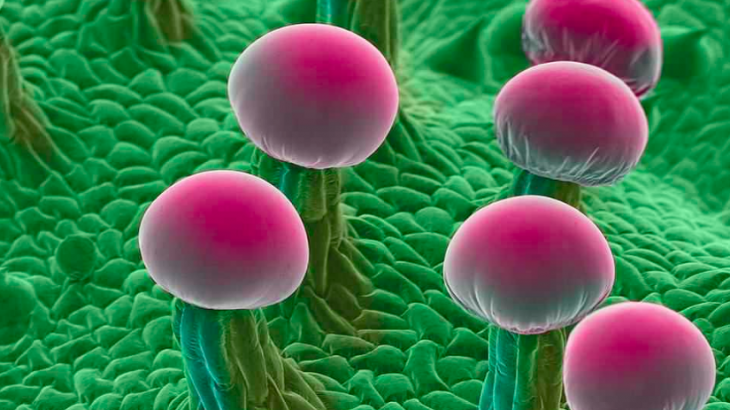 Have you ever wondered what cannabis looks like up close, on a microscopic level? A new book by an expert in photographic sciences shows a side of marijuana rarely seen outside of a lab setting.

In some of the pictures, you can even see the cannabis sacs that store the chemical THC on the ends of individual hairs of the plant.

Kinsman recently told Business Insider that he looks for what hasn’t been done before or done well and wants to show a different world under the surface.

“I like to think what a person would see if they were just a few microns tall,” said Kinsman. 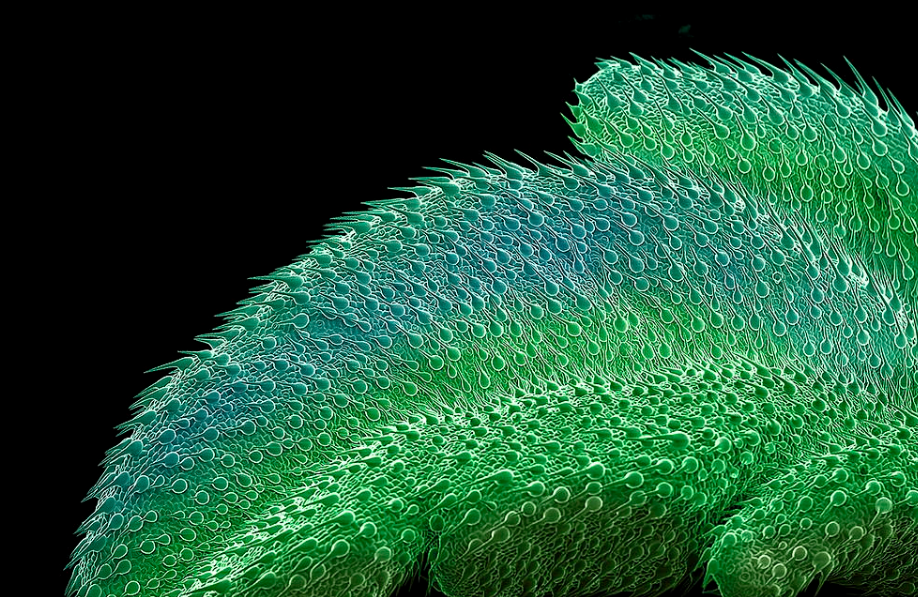 Looking through his incredible images, it’s hard to believe that they aren’t taken with a camera. Instead, the pictures are captured using a special scanning electron microscope.

Before being placed in the microscope, samples need to be completely dried out so that the final image isn’t obstructed by water vapor. 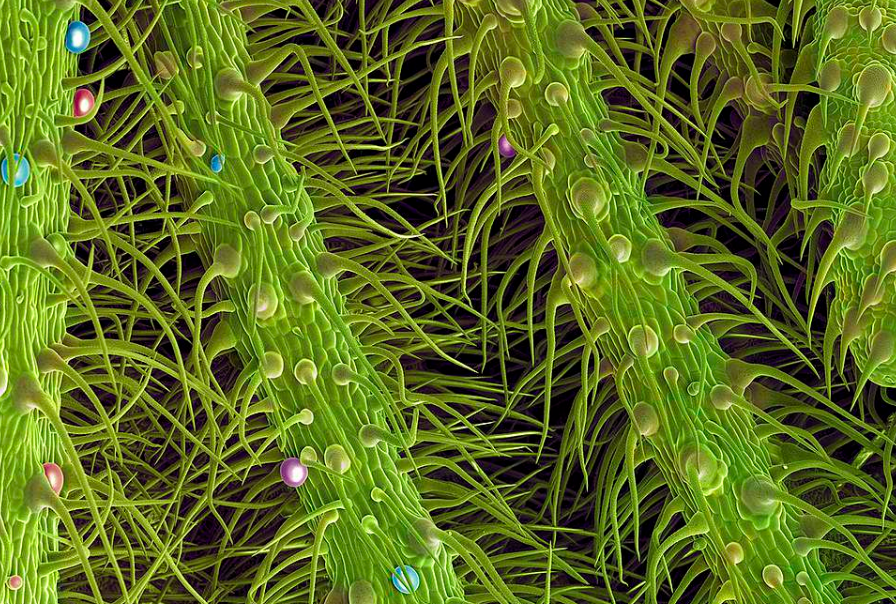 Dried out samples are then coated in gold which is a conductor and placed in a vacuum chamber. The microscope scans the object by bombarding it with electrons, according to Business Insider.

A detailed image is then generated from the scan based on how the electrons interacted with and bounced off the object in the vacuum chamber. 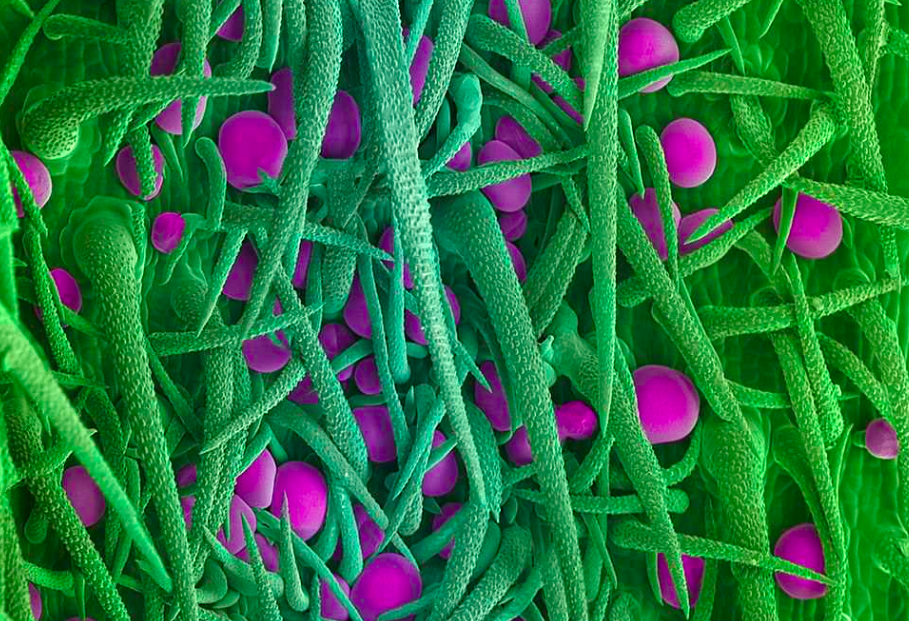 After the image is created, Kinsman paints the photograph to highlight different elements like the bright blue eyes of a jumping spider or the neon purple THC sacs of cannabis. According to Kinsman, this makes the images pop and is a way to make the science more engaging.