Hundreds of turtles killed by entanglement in ocean trash • Earth.com 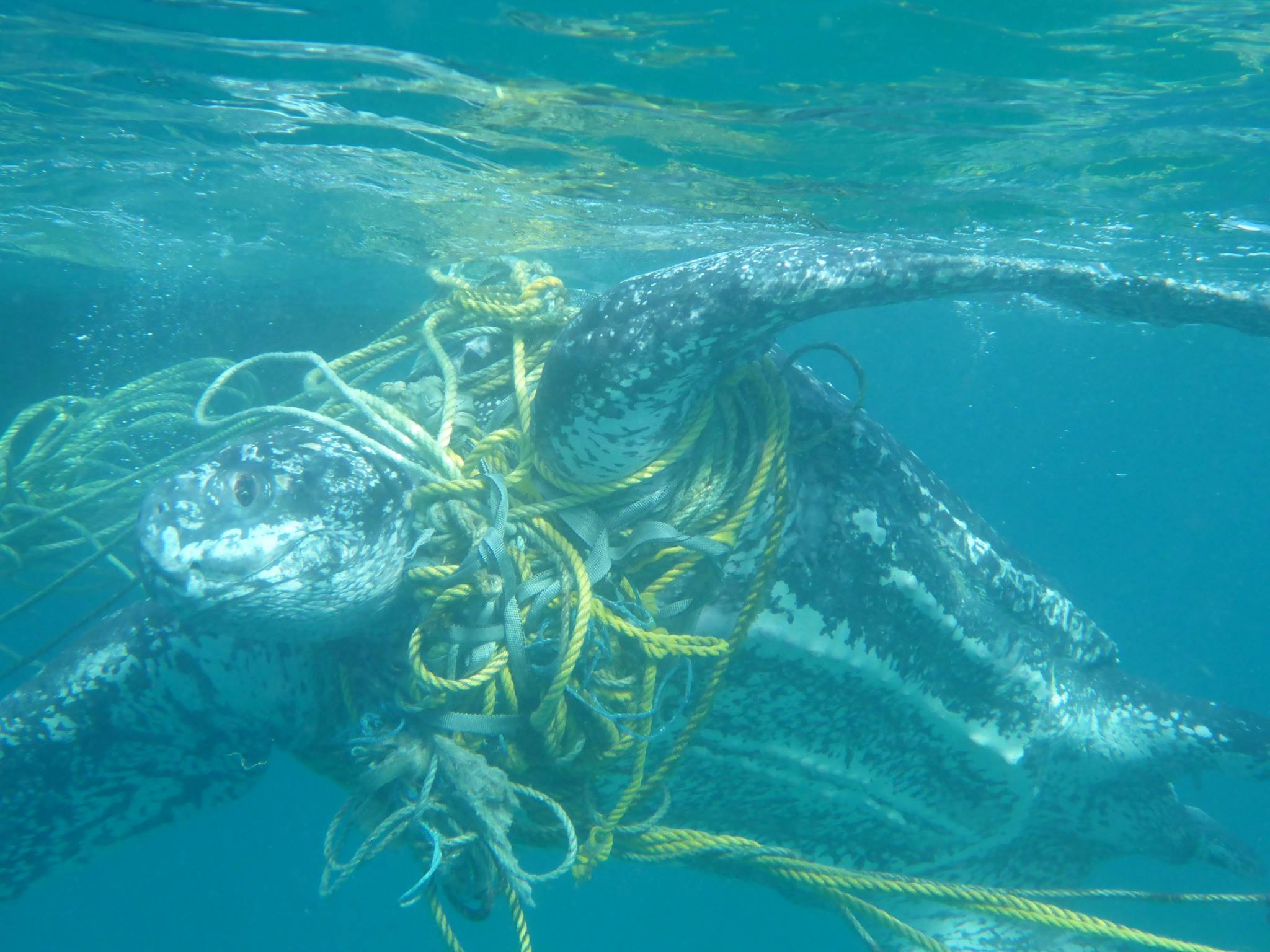 Hundreds of turtles killed by entanglement in ocean trash

Hundreds of marine turtles are killed each year from becoming entangled in waste found in oceans and on beaches, including plastic six pack rings that are commonly used for packaging beer and soda cans.

The rise in plastic marine litter is harming turtles of all species, and a recent worldwide survey reports that 91 percent of turtles found entangled in garbage are dead. The research by the University of Exeter also finds that there is a substantially larger impact on hatchlings and young turtles.

The experts detailed serious wounds from entanglement, ranging from choking to maiming. Some of the surviving turtles were forced to drag debris along with them.

Besides plastic six pack rings, turtles are getting caught up in fishing nets, nylon fishing line, plastic packaging, wooden crates, and many other types of waste. The research is part of a growing collection that is exposing the extent of the threat of plastic pollution to marine animals.

Death from entanglement has already increased substantially with both marine mammals and birds as well.

Of the 106 experts surveyed on the Atlantic, Pacific Caribbean, Mediterranean and Indian ocean coast, 84 percent said that they had found turtles tangled in waste, including plastic debris and discarded fishing gear.

Overall, the investigation showed that more than 1,000 turtles are likely to die annually due to entanglement. The researchers acknowledge, however, that this figure is likely to be a “gross underestimation” of the actual threat to turtles. Not all dead turtles get stranded on beaches and those that are stranded are not always found. For example, some turtles are taken by local people to eat.

“Plastic rubbish in the oceans, including lost or discarded fishing gear which is not biodegradable, is a major threat to marine turtles,” said Professor Godley. “We found, based on beach strandings, that more than 1,000 turtles are dying a year after becoming tangled up, but this is almost certainly a gross underestimate. Young turtles and hatchings are particularly vulnerable to entanglement.”

“Experts we surveyed found that entanglement in plastic and other pollution could pose a long term impact on the survival of some turtle populations and is a greater threat to them than oil spills. We need to cut the level of plastic waste and purse biodegradable alternatives if we are to tackle this grave threat to turtles’ welfare.”