Massive comet likely caused a near apocalypse 12,600 years ago • Earth.com 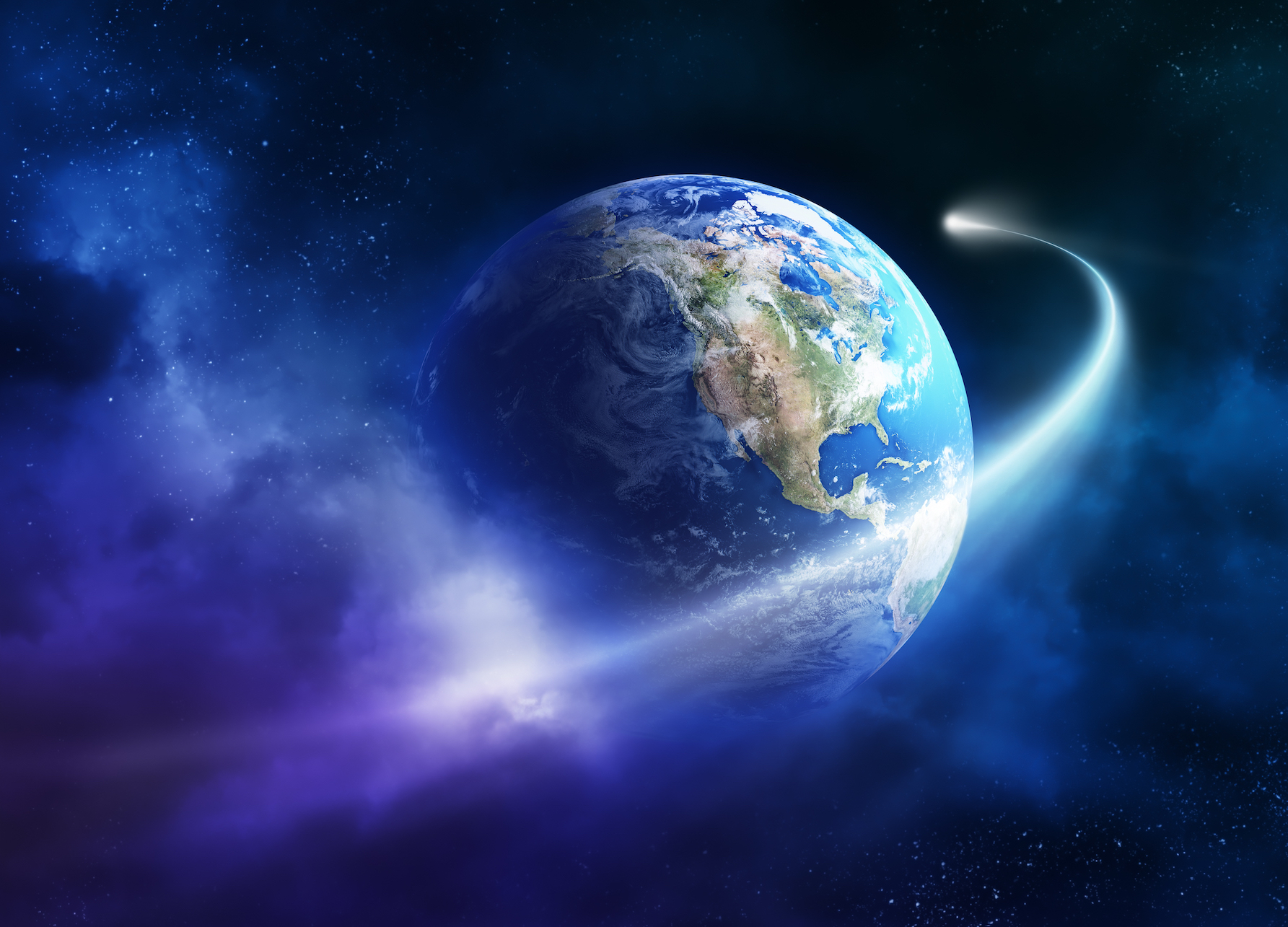 Massive comet likely caused a near apocalypse 12,600 years ago

Researchers have found evidence that fragments of a 62-mile-wide comet collided with Earth 12,600 years ago. The event, which was likely witnessed by ancient humans, triggered fires across ten percent of the planet followed by massive shock waves.

The analysis is based on geochemical and isotopic data from over 170 sites across the world. Adrian Melott is a professor of Physics & Astronomy at The University of Kansas and one of the study’s 24 authors.

“The hypothesis is that a large comet fragmented and the chunks impacted the Earth, causing this disaster,” said Melott.

“A number of different chemical signatures – carbon dioxide, nitrate, ammonia and others – all seem to indicate that an astonishing 10 percent of the Earth’s land surface, or about 10 million square kilometers, was consumed by fires.”

The catastrophic event happened toward the end of the last Ice Age, and the subsequent climate conditions would have been extreme enough to extend the glacial episode by a thousand years.

The experts theorize that the widespread fires filled the sky with dust and blocked out the Sun. The climate dramatically cooled off, ocean currents shifted, and glaciers began to advance again.

Humans experienced health issues that substantially lowered the global population. Plants and animals suffered as well, and many species were totally wiped out.

The scientists believe that this event may be the cause of the extinctions of larger species and “human cultural shifts and population declines” during the late Pleistocene.

“Computations suggest that the impact would have depleted the ozone layer, causing increases in skin cancer and other negative health effects,” said Melott.

“The impact hypothesis is still a hypothesis, but this study provides a massive amount of evidence, which we argue can only be all explained by a major cosmic impact.”

The study is published in the Journal of Geology.