How massive dinosaurs managed to sneak up on their prey • Earth.com 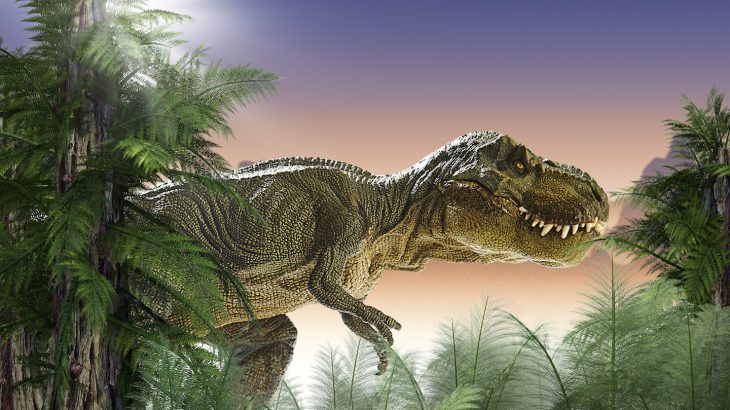 How massive dinosaurs managed to sneak up on their prey

A new study has revealed that Tyrannosaurus rex and other theropods had uniquely-shaped feet that could be used to launch sneak attacks. The researchers determined that the elongated shape of T. rex feet would have generated seismic waves that maintained the same intensity with each step, providing other animals with no indication of how close or far away the footsteps actually were.

As the feet of massive animals pound into the ground, they produce seismic waves like the ones that result from earthquakes and volcanic eruptions. It has been well-documented that elephants use these waves to communicate, and a team led by Ernesto Blanco at the University of the Republic set out to investigate how seismic waves may have been used by dinosaurs.

The study was focused on 64 fossilised footprints from large dinosaurs including carnivorous theropods, herbivores, and omnivores. According to the experts, theropods such as T. rex had elongated feet that were twice as long as they were wide, while omnivorous and herbivorous dinosaurs had feet that were much more proportionate in length and width.

The team used computer models to simulate the pattern of seismic waves generated by the various shapes of dinosaur feet as they stomped the ground. The experts discovered that the waves produced by theropod feet were weakest in the direction they were walking, which would have allowed them to sneak up on their prey. The researchers refer to this strategy as “seismic wave camouflage.”

Blanco explained that the elongated feet may have evolved to give theropods a hunting advantage, but further research is needed to investigate this theory. “So far, there is no evidence of a modern animal using this camouflage,” he said. “But it is a new concept. So perhaps it’s because nobody was looking for it before.”

The study is published in the Journal of Theoretical Biology.