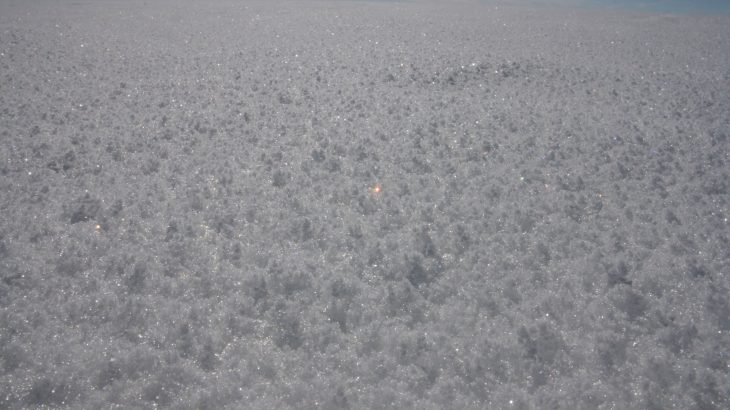 The amount of radiation that is reflected back toward space by the Earth’s surface is referred to as its albedo. In a recent report, the European Space Agency (ESA) described how the extent of the sunlight that can be bounced off of snow is affected by its grain size.

According to the ESA, about one-third of the sunlight that hits the Earth is reflected, while the other two-thirds is absorbed by the atmosphere, land, and the ocean.

“The albedo of Earth’s surface varies naturally according to the changing colors of the season, but long-term trends in changing snow and ice cover, as well as changing vegetation cover and air pollution, are having an impact on the overall balance of Earth’s albedo – and, hence, on how much heat it absorbs,” explained the ESA.

Fresh, dry snow tends to have a small grain size that is under 0.5 mm in diameter. As it melts, the grain size grows and the larger grains reflect less sunlight. A team led by Alex Kokhanovsky has provided scientists with a fast and accurate method of retrieving snow grain size from satellite images.

“One way of measuring the albedo of snow is to monitor how the surface colour changes because of pollution such as from wildfire soot. But this doesn’t give us the whole story. Remarkably, this exciting new theory allows us to retrieve snow grain size from satellite optical images,” explained Jason Box, who is an expert at the Geological Survey of Denmark and Greenland (GEUS).

“Through ESA’s Earth Observation Science for Society program, we have been able to demonstrate this over Greenland. We have found that pulses of warm air cause dark blemishes far inland on the ice sheet, contributing to increased climate sensitivity.”

The technique will eventually be applied to areas with more complex terrain than Greenland. In addition, the grain size data will ultimately be used to improve weather forecasts.