How the once-sprawling Mediterranean forests were destroyed • Earth.com 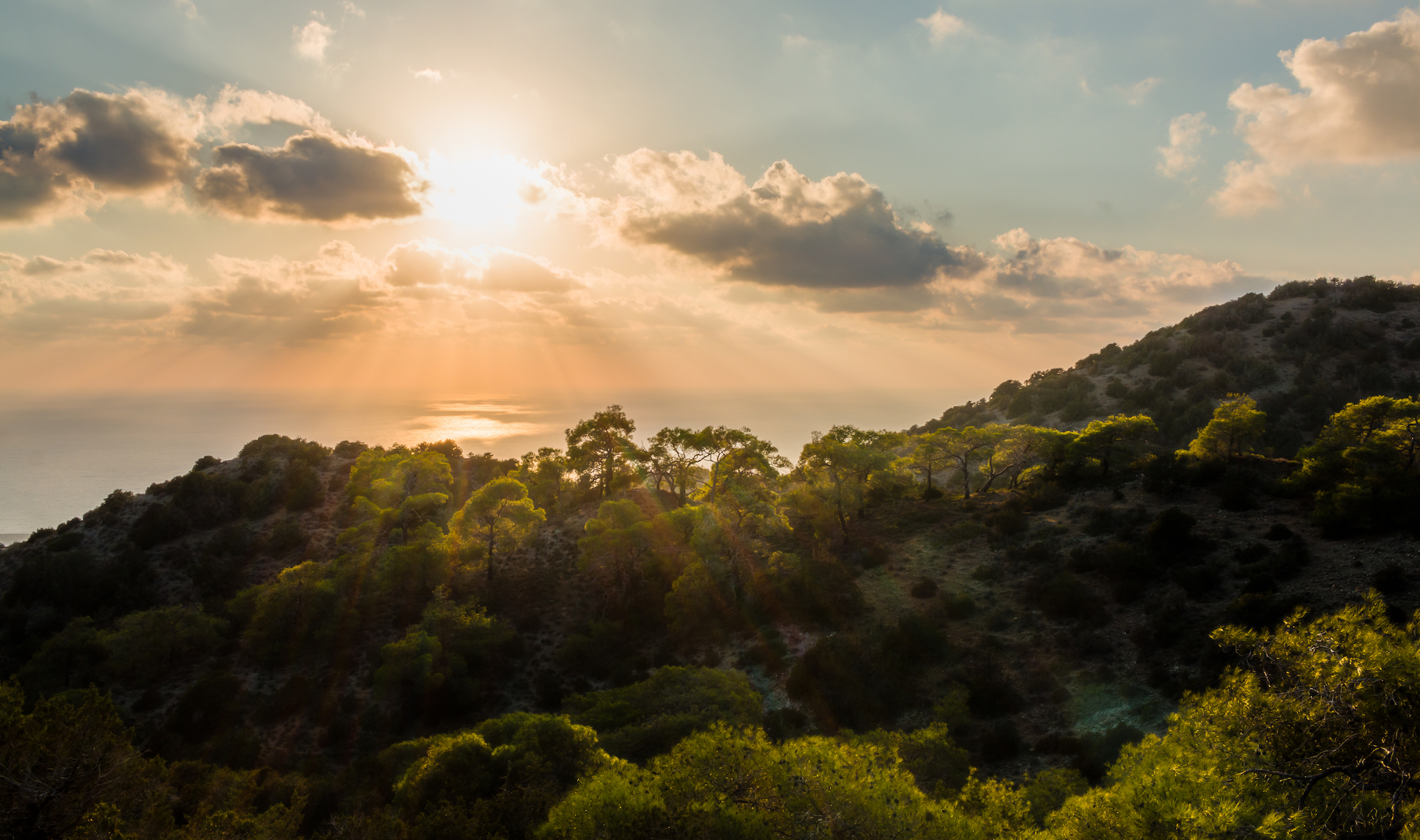 How the once-sprawling Mediterranean forests were destroyed

When most people think of the Mediterranean, they probably imagine rolling hills covered in vineyards or olive orchards.  Beaches, ancient ruins and quaint villages with cobbled roads also come to mind or perhaps large cities such as Rome. Italy, Greece and the rest of the Mediterranean weren’t always so bucolic; once the area was as wild as anywhere and the ancient people who once lived there knew it.  The Mediterranean is much more than its stereotype.

The Mediterranean Sea itself is the world’s largest inland sea.  Being in such a dynamic place in the world, there has been historically a fascinating human history of war, trade, art and philosophy.  There is also a rich natural history in this region of the world. The Mediterranean is home to Europe’s only monkey (and only non-human primate), the Barbary Macaque.  Ideas of wilderness, agriculture and gods of wine, farming, hunting all first became a part of western culture in the Mediterranean.

Prehistoric Greece was a very different place than its modern counterpart or it’s famed ancient past.  Myths of the cyclops may have originated from the little known prehistory of the Mediterranean. Once, mammoths and other elephantids roamed through Italy and Greece; the ancients found the bones of these creatures and reconstructed them in an unlikely configuration.

Elephant skulls (and their allies such as mammoths and mastodons) are dominated by large central holes where trunks attach.  It’s easy to see how a hole for a trunk might be interpreted as the socket of a giant eye. It was common for ancient fossils to be interpreted as the remains of some ancient hero in Greece (as well as throughout the world).  Greece and the rest of the Mediterranean, often studied for ancient people, also has a fascinating paleontological record. There was even a miniature species of mammoth that once lived in Crete. Aristotle was one of the few ancients that had a fairly modern interpretation of some fossils, Aristotle realized that sea shell fossils found far above sea level meant that the oceans were once much higher or land much lower.

The wildness of Greece and the rest of the Mediterranean didn’t simply disappear with the mammoths when humans arrived on the scene.  For a long time, forests thrived in the area before succumbing to exploitation. Greek mythology holds little clues to the once wild Greece.  Nature gods, tree and water spirits, huntresses all harken back to a past before most of the Mediterranean region was tamed. Interesting, the oldest known story, a work stamped into tablets in Cuneiform has a story of deforestation in the Mediterranean region.  In the Epic of Gilgamesh, the hero kills a demon guarding the cedars of Lebanon so he could build a gate to his city of Ur.

In his book, The Practice of the Wild, Gary Snyder discusses the destruction of the Mediterranean forests:

“The Cautionary history of the Mediterranean forests is well known.  Much of this destruction has taken place in recent centuries, but it was already well underway, especially in the lowlands, during the classical period.  In Neolithic times the whole basin had perhaps 500 million acres of forest. The higher-elevation forests are all that survive, and even they occupy only 30 percent of the mountain zone – about 45 million acres.  Some 100 million acres of land once densely covered with pine, oak, ash, laurel, and myrtle now have only traces of vegetation.”

Because of the long human habitation of the Mediterranean region, many of the forests have been displaced by scrublands.  In fact there is a relatively sophisticated vocabulary for different types of scrubland with terms for different assemblages of post-forest scrub.

There are still odd pockets of wildness in even the most urbane nations of the Mediterranean region, such as Italy.  A few hours from Rome, there are brown bears, differing from the grizzlies of places like Wyoming and Alaska only by being a different subspecies.  The Marsican bear is isolated from the nearest brown bears in the Italian Alps. In 2011, the Marsican bear population was estimated to be around 49 individuals.  There is good habitat between this bear population and the one in the Alps though, it is theoretically possible that the two bear populations could colonize the gap between them and start repopulating the area.

The oldest lion remains in Europe are subfossils found in Basque country in the Spanish Pyrenees.  There are also many historical references to lions living in Greece and other parts of the Mediterranean.  Herodotus wrote that lions killed camels in Persian emperor Xerxes (of 300 fame) military caravan in Greece for instance.  Today there are no wild lions in Greece or Europe at all; there is a small population of lions in India though.

The loss of megafauna like bears and lions in the Mediterranean goes hand in hand with the loss of forests and other wild habitats.  For some the loss of wild Greece, Italy and the rest of the Mediterranean is the cost of civilization. A rich landscape with fertile soils and wild images to grow in the imagination had to be important for the creation of ‘civilization’ though.  Much of the mythology I’ve mentioned is dependent on wild themes and it’s only a small sliver of the whole.

It seems the expansion of Rome into an international empire was a key factor in the deforestation of large parts of the Mediterranean.  According to Wikipedia, the Roman Empire once boasted a population of 56.8 million people, 1 million being in the capital of Rome itself.  The number of people building houses, building ships, clearing land for agriculture makes it easy to imagine a large impact on local forests.  Military conquests of Rome were also hard on the lands of the Mediterranean.

At one time, there were sacred forests, living embodiments of classical mythology in Greece and other parts of the Mediterranean.  Ovid wrote, “Here stands a silent grove black with the shade of oaks; at the sight of it, anyone could say, ‘There is a God in here!’ ”.  Today the wild mystery of the ancient Mediterranean seems to have largely disappeared.

Three bears in Italy died of poisoning as late as 2007.  In 2013, more poisoned bait was found in the National Park of Abruzzo, Lazio and Molise (PNALM), heart of the bear’s remaining territory, Mongabay reported.  The IUCN reported in 2008 that as much as 400,000 hectares of forest burn each year in Portugal, Italy, Spain and Greece.  Development and increased population, illegal logging all contribute to even more destruction of the Mediterranean’s remaining forests.  What’s left continues to be under threat.

Most of the forest is gone.  The mammoths are just fossils.  Lions are extirpated and bears are quickly disappearing.  What we have left is largely the wild words of mythology, the wild images of art.  We have left the deep bones of western culture, first built when the world was young and full of a wild mystery.