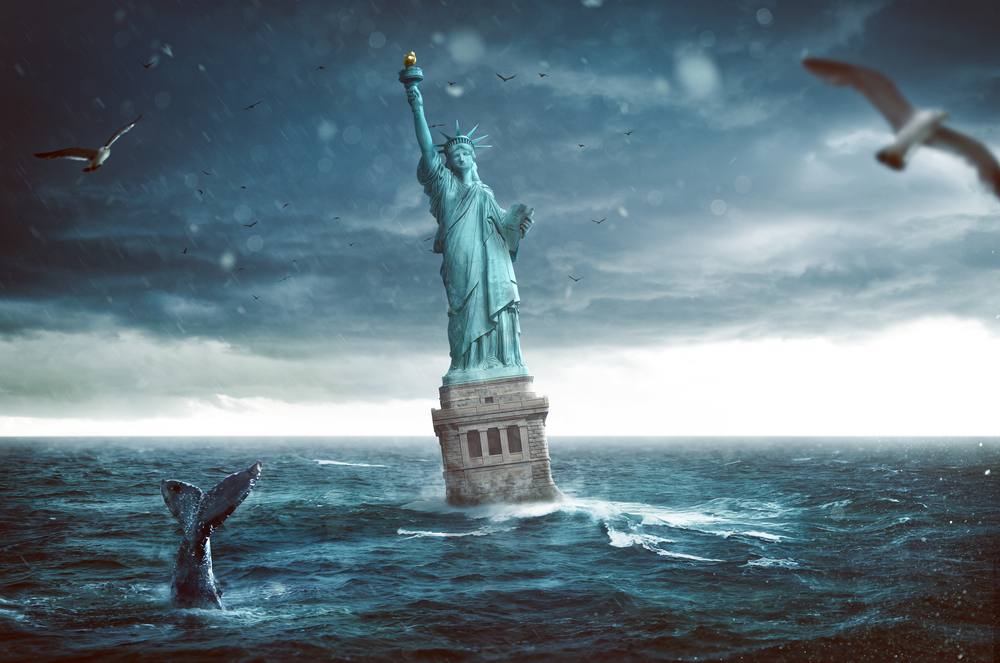 Warnings of rising sea levels are nothing new, but recently scientists have grown especially concerned about the melting of a key glacier in the West Antarctic Shelf  that could have catastrophic consequences for major coastal cities.

A massive rift has been forming at the base of the Pine Island Glacier, a major part of the the ice shelf that holds the West Antarctic Shelf together. As a result, ocean water is flowing in and melting the ice from the inside out.

A team of scientists from Ohio State University led by Dr. Ian Howat began studying the rift after a large iceberg of nearly 225 square miles broke off the glacier last year. Using new image-processing software, the team noticed a large rift forming at the base in 2013. But by 2015, the rift had broken through the surface and caused the entire iceberg to break off.

According to Howat, “It’s generally accepted that it’s no longer a question of whether the West Antarctic Ice Sheet will melt, it’s a question of when. This kind of rifting behavior provides another mechanism for rapid retreat of these glaciers, adding to the probability that we may see significant collapse of West Antarctica in our lifetimes.”

The team of researchers warn that a similar effect could happen across Antarctica, and has already been seen in Greenland.

“Rifts usually form at the margins of an ice shelf, where the ice is thin and subject to shearing that rips it apart,” said Howat. “However this latest event in the Pine Island Glacier was due to a rift that originated from the center of the ice sheet and propagated out to the margins. This implies that something weakened the center of the ice shelf, with the most likely explanation being a crevasse melted at the bedrock level by a warming ocean.”

Because the West Antarctic sits below sea level, ocean water can easily flow inland before ever being noticed. Valleys that appear on the surface of the ice are usually indicators of melting beneath.

“The really troubling thing is that there are many of these valleys further up-glacier,” added Howat. “If they are actually sites of weakness that are prone to rifting, we could potentially see more accelerated ice loss in Antarctica.”

Should the West Antarctic Shelf actually collapse, it would cause sea levels to rise by 10 feet, causing massive flooding in low-lying major cities like New York and London.

While global warming seems to be the most likely culprit, there is also evidence that the Antarctic Ice Shelf has historically fluctuated between periods of high and low ice cover.

Said Howat, “We’re limited in what information we can get from space, so this will mean targeting air and field campaigns to collect more detailed observations.”