Men who can do 40 push-ups are less likely to suffer heart failure • Earth.com 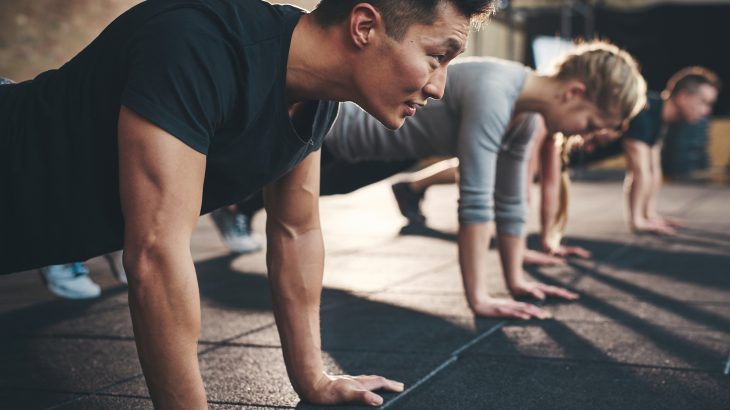 Researchers at the Harvard T.H. Chan School of Public Health are reporting that active, middle-aged men able to complete more than 40 push-ups have significantly fewer complications associated with cardiovascular disease (CVD). Compared to men who were able to complete no more than 10 push-ups, these individuals had a substantially lower risk of CVD outcomes such as heart failure and other major events.

This is the first study of its kind to report an association between push-up capacity and cardiovascular disease outcomes. Using data from 2000 to 2010, the researchers analyzed the health of 1,104 active male firefighters with an average age of 39.6 and an average body mass index (BMI) of 28.7.

The push-up capacity and treadmill tolerance of each participant had been measured at the start of the study. The men followed up with annual physical examinations and health and medical questionnaires over the course of ten years.

Out of 37 CVD-related outcomes reported during the study period, all but one occurred in men who completed 40 or fewer push ups during the baseline exam. The researchers calculated that men able to do more than 40 push-ups had a 96 percent reduced risk of CVD events compared with those who were able to do less than 10 push-ups.

“This study emphasizes the importance of physical fitness on health, and why clinicians should assess fitness during clinical encounters,” said study senior author Stefanos Kales.