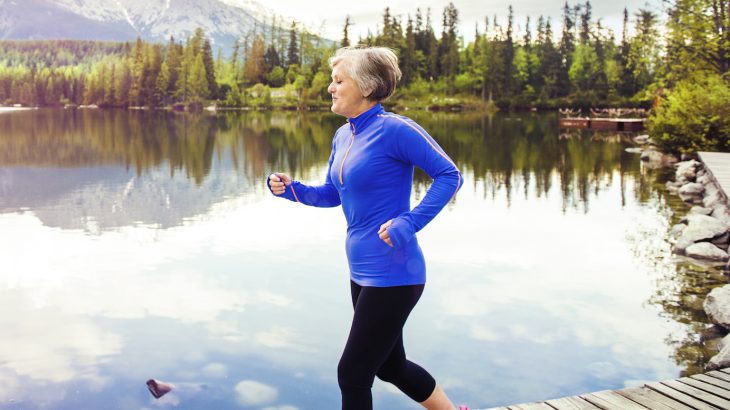 Being active is an important part of maintaining a healthy lifestyle, especially as you age. And while running, weightlifting and playing sports are all beneficial to your health, just the simple act of walking can also provide numerous benefits. One of these benefits has just been discovered in a new study published in the Journal of the American College of Cardiology: Heart Failure, which found for the first time that walking can significantly lower the risk of heart failure in older women.

The study involved over 137,000 postmenopausal women aged 50 to 79, making it the largest and most comprehensive to date that has assessed physical activity within the context of heart failure prevention. Results showed that, along with reducing overall heart failure by 25 percent, increased physical activity improved two heart failure subtypes that are defined by cardiac function. These subtypes are reduced ejection fraction, which usually has a worse prognosis, and preserved ejection fraction, which is more common in older adults – particularly women and racial-ethnic minorities.

Reduced ejection fraction heart failure usually occurs in individuals who have suffered a heart attack. It causes the heart to become a less efficient pump, which leads to other complications, including the failure of other organs and the need for a heart transplant, as well as sudden cardiac death. Preserved ejection fraction typically occurs in people who haven’t had a heart attack, but do have high blood pressure or diabetes.

“The heart muscle more or less wears out and becomes an inefficient pump, although not to the extreme seen with reduced ejection fraction,” explains Michael LaMonte, PhD, research associate professor of epidemiology in the University at Buffalo School of Public Health and Health Professions and lead author of the study.

“This is the first study to report physical activity levels are related to a lower risk of developing heart failure with reduced ejection fraction in older adults, particularly in women,” LaMonte says. “This is pretty important from a public health standpoint, given the poor prognosis this type of heart failure has once it’s present.”

“The finding that walking showed a protective association with heart failure and its subtypes is particularly important in a public health context,” says LaMonte. “This is especially relevant given that walking is by far the most commonly reported physical activity in older adults.”

With the population of people 60 and older expected to double in the U.S. by 2035, these findings may be especially important. “Because heart failure is much more common after age 60, and because its treatment is very challenging and costly, the possibility of preventing its development by promoting increased physical activity levels, and specifically walking, in later life could have an important impact on the overall burden of this disease in an aging society,” LaMonte concludes.