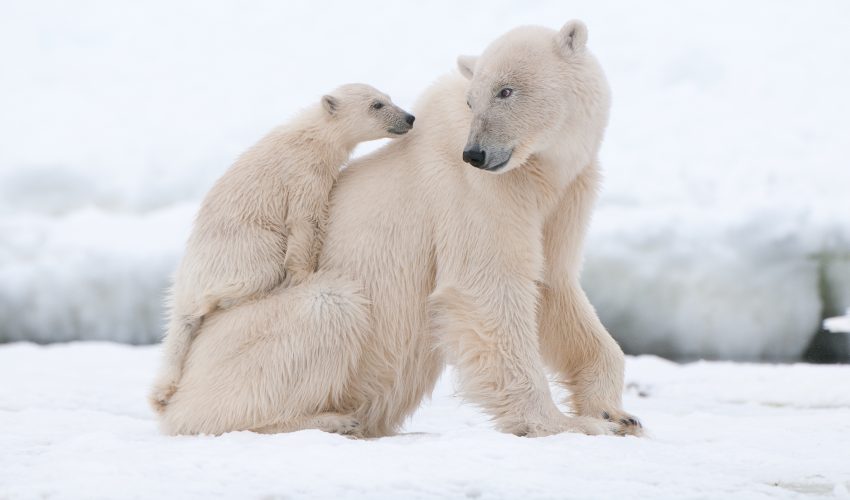 Declining mercury levels in polar bears due to climate change?

“Great!” you’re probably thinking, “because mercury is bad, right?” Well technically yes, but researchers think this may actually be a worrying trend. Melissa McKinney and her colleagues think this decrease in mercury levels may be an indication of how climate change has affected their foraging habits, which in turn has affected their diets and body mass.

Previously, other research has found that mercury in the environment – which may be either naturally occurring or come from industrial activities such as coal burning – accumulates in the hair and tissue of the southern Beaufort Sea polar bear. These mercury levels have been found to be at concentrations known to cause harmful effects.

Polar bears are also exposed to mercury through their diets, which mostly consist of seals and whales. However, other research has shown that with the decline of seasonal sea ice, polar bears’ diets have changed. In their study, McKinney and colleagues investigated how this shift might affect polar bears’ mercury levels.

The scientists collected hair samples from these polar bears between 2004 and 2011, analyzing the samples for mercury. Their data revealed a decline in mercury levels among adults of about 13 percent per year.

Through analysis of the bears’ body mass and food sources, they reasoned that the drop in mercury was likely due to the change in the polar bears’ diet and their increasing BMI. Specifically, they believe the polar bears are eating more bowhead whales and bearded seals, which contain less mercury than the ringed seals that the bears used to prey upon more often.

As we attempt to understand the countless impacts of climate change, it’s important that we track our world’s flora and fauna on a micro level as well as a macro level. Changes as significant as enormous loss of sea ice can have effects as tiny as levels of mercury in polar bears.