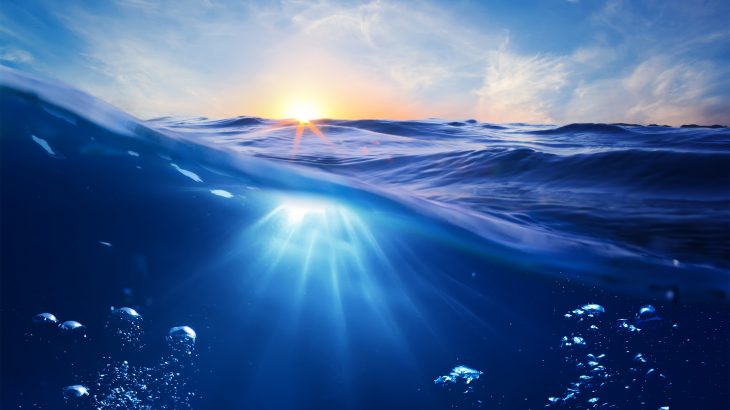 Scientists have found manmade mercury pollution in the deepest part of the ocean, the Marianas Trench. The discovery raises new questions about how mercury may affect the marine environment and whether it has accumulated in the food chain.

The findings, which have been reported by two research groups, were presented at the Goldschmidt Conference.

Mercury is poisonous in any form, and some types of fish absorb methylmercury in contaminated water. Marine animals higher up in the food chain tend to collect even greater levels of mercury through a process known as biomagnification.

Dr. Ruoyu Sun led a team of researchers from Tianjin University in China.

“This is a surprise,” said Dr. Sun. “Previous research had concluded that methylmercury was mostly produced in the top few hundred meters of the ocean. This would have limited mercury bioaccumulation by ensuring that fish which forage deeper than this would have had limited opportunity to ingest the methylmercury. With this work, we now believe that isn’t true.”

“During 2016-2017, we deployed sophisticated deep-sea lander vehicles on the seafloor of Mariana and Yap trenches, amongst the most remote and inaccessible locations on Earth, and captured the endemic fauna at 7,000-11,000 meters and collected sediments at 5,500-9,200 meters.”

A team led by Dr. Joel Blum of the University of Michigan analyzed fish and crustaceans collected in two of the deepest Pacific trenches, the Kermadec Trench and the Marianas Trench. The mercury isotopic signatures from creatures in both trenches revealed that the mercury mostly originated in the atmosphere and was carried to the ocean through rainfall.

“We know that this mercury is deposited from the atmosphere to the surface ocean and is then transported to the deep ocean in the sinking carcasses of fish and marine mammals as well as in small particles,” said Dr. Blum.

“We identified this by measuring the mercury isotopic composition, which showed that the ocean floor mercury matched that from fish found at around 400-600m depth in the Central Pacific.”

The research shows that human- derived mercury pollution has reached food webs in the most remote marine ecosystems on Earth.

“Our findings reveal very little methylmercury is produced in the deep oceans, and imply that anthropogenic mercury release at the Earth’s surface is much more widespread across deep oceans than was previously thought,” said Dr. Sun.

Professor Ken Rubin of the University of Hawaii, who was not involved in the studies, described the significance of the findings.

“We know that mercury is introduced into the environment from a variety of natural sources such as volcanic eruptions and forest fires. However, human activities, such as coal and petroleum burning, mining, and manufacturing, are mainly responsible for mercury deposition to marine environments,” said Professor Rubin.

“We are now learning from these two studies that the effects of this deposition have spread throughout the ocean into the deep sea and the animals that live there, which is yet another indicator of the profound impact of modern human activities on the planet.”

The research was presented at Goldschmidt 2020.