Middle-aged drinkers are rarely concerned by effects of alcohol • Earth.com 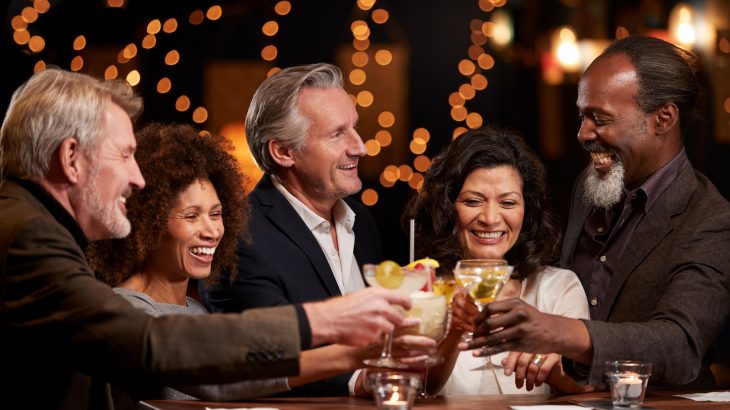 Middle-aged drinkers are rarely concerned by effects of alcohol

A new study from the University of Adelaide has revealed that middle-aged moderate drinkers have little or no concern about the potential health impacts of alcohol. The investigation was focused on 13 studies that examined the drinking patterns of individuals between 30 and 65 years old who were not classified as problem drinkers.

Factors such as respectability, gender, and socializing were all found to have an influence on the drinking behavior of middle-aged moderate drinkers. The researchers also found that health concerns had no significant influence.

“It is surprising that health does not strongly factor in the way that this group thinks about their drinking,” said study co-author Emma Muhlack. “When they do think about health they use their own experiences as a benchmark (e.g. what it feels like when you drink too much) rather than the guidelines handed down by health organizations.”

According to the study, middle-aged drinkers find it most acceptable to drink in a manner that is appropriate to their stage of life and which allows them to uphold their responsibilities without any obvious signs of drunkenness.

Gender was also found to be important to this group of moderate drinkers, who deemed certain drinks more appropriate for women and others for men. In addition, consuming alcohol at home was associated with women, while drinking in public was associated with men.

“We knew very little about the decision-making processes that go into the alcohol consumption of middle age drinkers,” said Muhlack. “The results from this review help us to better understand how drinking alcohol fits into their everyday lives and which factors may need to be taken into consideration when attempting to reduce alcohol consumption in this group.”

The findings suggest that public health campaigns aimed at personal health outcomes may be less successful in discouraging alcohol consumption among middle-aged moderate drinkers. These campaigns would be more effective if they focused on the risks of what may be considered unacceptable drinking behaviors, such as not meeting responsibilities or the possibility of losing the respect of others.

The study is published in the journal BMC Public Health.