Migratory birds adapt their gut microbes along the journey • Earth.com 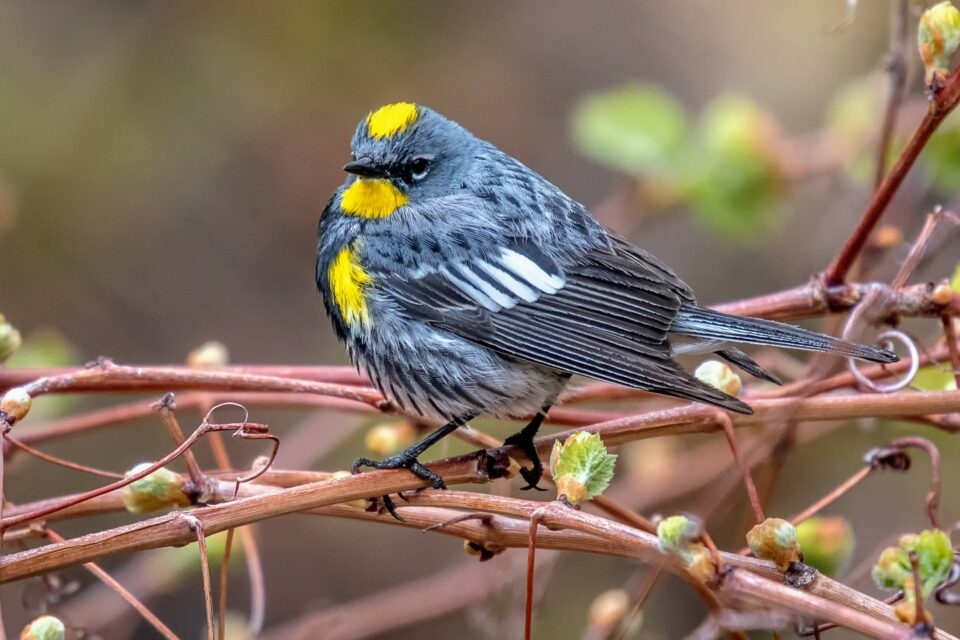 Migratory birds adapt their gut microbes along the journey

The digestive systems of humans and other animals are home to dense populations of microbes, including bacteria, archaea and fungi. Scientists are still in the process of learning about the functions of these trillions of microbes – they are known to play an important part in the digestion of food and in the efficient functioning of the immune system. We also know that each individual carries a unique combination of microbial species from shortly after birth.

Understanding more about the nature of the gut microbiome in different species can help scientists identify its functions in health and in the ecology of the animals. To this end, biologist Heather Skeen from the Field Museum, along with some colleagues, set out to investigate the gut microbiota of Kirtland’s warblers. These small, migratory birds have very specific distributions in both their wintering and summering locations.

The researchers selected Kirtland’s warblers because they spend their winters in the Bahamas and migrate to northern Michigan in the spring. While in Michigan, the tiny warblers breed only in young jack pine forest. This means that individual birds could be tagged with radio trackers and followed on their migratory routes.

“We picked Kirtland’s Warblers because there are very, very few species of birds where you would have been able to track individual birds from their non-breeding grounds and then capture them on their breeding grounds,” said Skeen.

Initially, Kirtland’s warblers were captured on their wintering grounds in the Bahamas, using recorded bird calls to lure them closer. Each bird was fitted with a tiny radio tracking device. The warblers themselves have a mass of only one ounce so the tracing devices had to weigh less than 0.02 oz. Once fitted with a device, each bird was enclosed in a wax paper bag for a few minutes, just enough time to evacuate its bowels. The bird was then released and Skeen and colleagues were left to collect the droppings.

A few months later, once the birds had migrated to Michigan, the researchers managed to locate the same birds using the large network of automated radio towers, known as the Motus Wildlife Tracking System. “There were 12 radio towers spread throughout the birds’ breeding range in Michigan, and when one of our birds’ trackers pinged near a tower, we would drive around the range using a handheld radio antenna, looking for the bird,” said Skeen.

“Once we picked up the signal, we got out of the car and walked around, trying to attract the birds using recordings of their songs.” Once one of the tagged warblers was caught in the nets, it was again placed inside a wax paper bag to make its droppings before being released.

In this way, the researchers collected 200 samples of bird droppings from birds that had been caught both in the Bahamas and in Michigan. They then carried out genetic analysis of the microbial genomes to identify which species were present in the birds’ digestive systems.

“One of the most important parts about this study is that we were able to recapture birds at different portions of the annual cycle in different locations, and we have this one-to-one comparison of the same population and the same individuals and how their microbiomes changed,” said Skeen.

“If we’d tested different individual birds, we wouldn’t have been able to say for sure if the changes we saw were due to location or if they were just differences between populations. Since we were looking at the exact same birds, these results are much more supported.”

The findings of this study, published in the journal Molecular Ecology, indicate that bird microbiomes work differently from those of most mammals. The types of microbes found in mammalian intestines are closely tied to the species of mammal and its evolutionary history. With birds, the gut microbiome is more dependent on where the bird lives than on the species of bird involved. “In our study, we found that there are some groups of bacteria that are probably transient – the birds acquire the bacteria from their food, they poop it out, and it’s gone,” says Skeen. “These bacteria don’t colonize the bird, they go in and out.”

“This study shows how much we can learn about even foundational aspects of bird biology, such as migration, from the combination of new and old technologies – fieldwork and following birds in their breeding, migrating, and wintering habitats, to newer technologies of radiotelemetry and next-generation DNA sequencing,” says Hackett, an associate curator at the Field Museum and co-author of the study.