Elephants can be very cooperative, until the food gets scarce • Earth.com 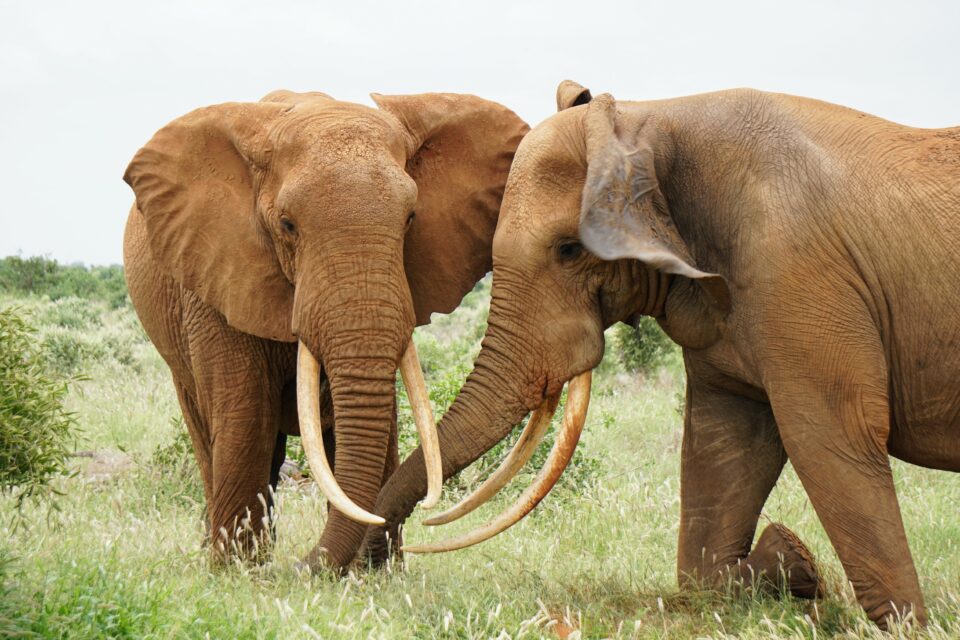 Elephants can be very cooperative, until the food gets scarce

Asian elephants in the Myaing Hay Wun Elephant Camp in Yangon, Myanmar, are semi-wild and live in social groups. Their behavior naturally involves different forms of cooperation, for example with the protection of genetically related siblings, that enhances the survival of members in the group.

In new research conducted by Li-Li Li from the Chinese Academy of Sciences in Yunnan, China, and colleagues, nine elephants in this Camp were given a simple cooperative task and their behavioral responses were observed. The elephants were presented with two trays of food that could only be accessed by pulling two ropes simultaneously. Elephants had to cooperate in pairs, each one pulling a rope, in order to open up the two trays of food.

The researchers found that pairs of elephants cooperated successfully in 80 percent of trials, but there were also individuals that cheated by stealing part of the reward from a cooperating pair. The elephants used behavioral strategies to maintain cooperation, and also to mitigate conflict when cheating occurred. These strategies included resisting individuals that attempted to cheat or moving to a different side of the tray to feed.

However, when the researchers repeated the trials with a single food tray, the stakes were raised and one partner in the pair could dominate the other. When resources were limited in this way, the elephants became competitive and showed more costly behavior, like fighting, to gain access to the food. Elephants that had previously cooperated in pairs quickly became competitors and their mitigation behavior broke down.

The authors explain that elephants are generalist browzers and grazers in the wild and would be unlikely to encounter a scenario where individuals could monopolize a food source. They feel that this may explain why behavioral cooperation broke down once the elephants had to compete for a limited supply of food.

This is the first experiment to test cooperative behavior between elephants in a rope-pulling task, although similar results have been found for non-human primates. This may suggest that such behavior has evolved in distantly related species in order to maintain cooperation between members in social groups.

“We found that Asian elephants have a diverse repertoire of behaviors to use when cooperating with others, and are careful about how to mitigate competition based on their relationships,” adds Li. “This is an exciting demonstration of how flexible and socially intelligent elephants are!”

The study is published in the journal PLoS Biology.