Modern humans are separated from Neanderthals by one gene • Earth.com 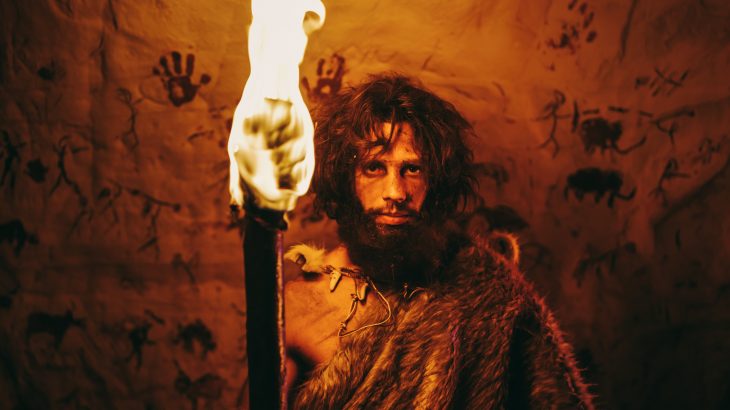 Modern humans are separated from Neanderthals by one gene

In a new study on the evolution of the brain, researchers have discovered that a single gene alteration may separate modern humans from our earlier ancestors. The team developed “mini brains” to gain a better understanding of what makes us so different from our relatives, the Neanderthals and Denisovans,

Study senior author Dr. Alysson R. Muotri director of the UC San Diego Stem Cell Program and a professor of Cellular and Molecular Medicine. Her work is primarily focused on how the brain develops.

Evolutionary studies rely heavily on genetics and fossil analysis to explore how a species changes over time, but neither approach can reveal much about brain development and function because brains do not fossilize, explained Dr. Muotri.

The researchers took a different approach to brain reconstructions by using stem cells, precursors of other cell types that can be used to grow miniature brains in the lab.

The team has now documented the differences between the genomes of diverse modern humans and the Neanderthals and Denisovans, who lived approximately 2.6 million to 11,700 years ago. By mimicking an alteration they found in one gene of Neanderthals, the researchers used stem cells to create brain organoids.

“It’s fascinating to see that a single base-pair alteration in human DNA can change how the brain is wired,” said Dr. Muotri. “We don’t know exactly how and when in our evolutionary history that change occurred. But it seems to be significant, and could help explain some of our modern capabilities in social behavior, language, adaptation, creativity and use of technology.”

The study initially identified 61 genes that differed between modern and extinct humans. One of these genes, NOVA1, stood out because it is a master gene regulator that influences many other genes during early brain development.

Using CRISPR gene editing, the experts engineered modern human stem cells with the Neanderthal mutation in NOVA1, and the stem cells were then transformed into brain cells and ultimately mini brains. These organoids are little clusters of brain cells, but they are not exactly the same as a brain. For example, they lack connections to other organ systems like blood vessels.

However, organoids are useful models for studying genetics, disease development, and responses to drug treatment. Dr. Muotri’s team has even managed to develop mini brains with organized electrical oscillatory waves similar to those produced by the human brain.

According to the researchers, the Neanderthal organoids looked very different from modern human brain organoids, even to the naked eye. Beyond having a distinctly different shape, these organoids varied in the way their cells proliferated and in how their connections between neurons, or synapses, formed.

Furthermore, the experts report that the electrical impulses of mini brains with the NOVA1 mutation were more active at earlier stages, but did not synchronize in networks.

“This study focused on only one gene that differed between modern humans and our extinct relatives. Next we want to take a look at the other 60 genes, and what happens when each, or a combination of two or more, are altered,” said Dr. Muotri.

“We’re looking forward to this new combination of stem cell biology, neuroscience and paleogenomics. The ability to apply the comparative approach of modern humans to other extinct hominins, such as Neanderthals and Denisovans, using brain organoids carrying ancestral genetic variants is an entirely new field of study.”