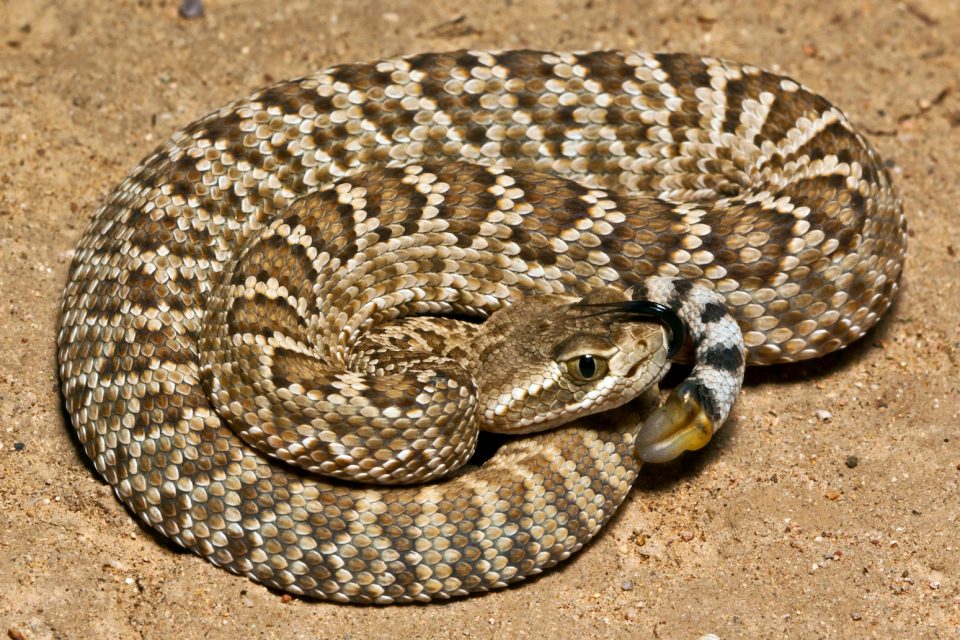 Mojave rattlesnakes that live in the southwestern United States and central Mexico have a lethal bite thanks to their venom. However, new research has revealed that the kind of venom differs depending on the region that the snakes are found.

If you’re unlucky enough to be bitten by a Mojave rattlesnake, you might experience paralysis as the toxins shut down your body or the venom may cause tissue damage. The latter had long puzzled researchers because two different types of venom do not line up with the theories of natural selection.

For a long time, researchers thought that Mojave snakes only had neurotoxic venom (the kind that causes paralysis), but cases continued to pop up showing different symptoms after being bitten such as tissue damage, and blood thinning.

It took decades for scientists to realize that Mojave rattlesnakes have two distinct types of venom, a neurotoxic and hemorrhagic venom.

However, the mysteries of the rattlesnake don’t end there, which is why researchers from Clemson University undertook an impressive study of the rattlesnakes using volunteer citizen scientist to examine the distribution of venoms among the species.

The study was recently published in the journal Scientific Reports.

“Prior to this paper, the ‘herp’ (herpetologists) community thought that hemorrhagic venom was really rare and was only in one location in Arizona and one location in Mexico, but we show that it’s found in several places throughout the snake’s distribution,” said Jason Strickland, a researcher for the study. “There were a few instances when individuals in our sample had both types of venom, which our data suggest are hybrids.”

Common logic would dictate that as the Mojave rattlesnake evolved and diversified, one type of venom would reign supreme as the species started favoring the venom type most efficient for hunting and immobilizing prey.

An earlier 2018 study found that there are four genetically distinct lineages of Mojave rattlesnakes in the southwestern US and Mexico.

These lineages are breeding and mixing together but their genetic diversity isn’t shrinking, and contrary to the ideas of natural selection, one venom is not being favored over the other.

“From an evolutionary standpoint, this is abnormal. This is not what you’d expect,” said Strickland, an author of the new study. “Gene flow should prevent this much variation. But even with the amount of gene flow we find in these populations, the selection is strong enough to maintain these specific venom types in a very local environment.”

Researchers across five different labs in the US and Mexico collaborated on the project and enlisted the help of nearly 100 citizen scientists who were snake enthusiast and passionate about snake conservation.

216 Mojave rattlesnakes were collected and analyzed for the study thanks to the collaborative effort of so many different researchers and volunteers. The results of the analysis showed that venom distribution depended on location.

“What we’ve been able to show is that there are local optima,” said Christopher Parkinson, an author of the study. “In Texas, the neurotoxic venom type seems to be the optimum for this species. But if we go south into Mexico or over near Phoenix, something in nature is changing, where the local optimum requires a different venom type.”

The researchers hope to dig deeper into venom distribution among Mojave rattlesnakes and see what environmental factors drove the species to evolve the way they did.