Why is the venom of some snakes so much more dangerous than others? • Earth.com 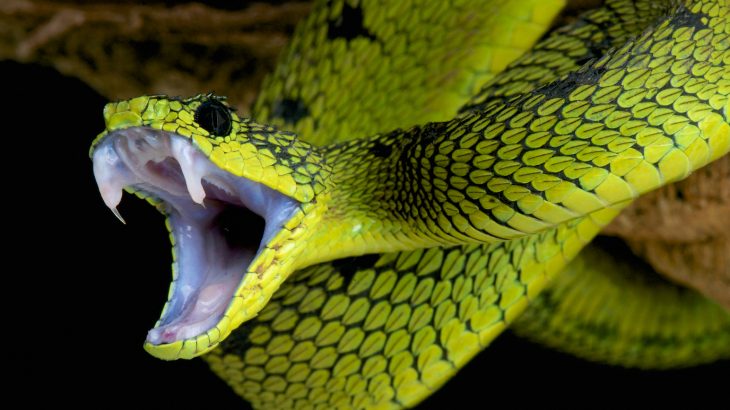 Why is the venom of some snakes so much more dangerous than others?

An international team of scientists may have unraveled the mystery of why some snakes have venom that is deadlier than others. The researchers found evidence that venoms have evolved to become more powerful against animals that are closely related to species that the snake most commonly preys upon.

Some venomous snakes are far more dangerous than others. For example, a cobra or a rattlesnake can kill thousands of animals and several adult humans with a single reserve of venom, while a marbled sea snake has only a tiny amount of weak venom and is harmless to large animals.

Scientists have long debated why venoms vary so much in their potency, but the reason has remained unclear. For the current investigation, the team compared records of venom potency and quantity for over 100 venomous snake species.

“These results make sense from an evolutionary viewpoint as we expect that evolution will have shaped venoms to be more efficient at killing the prey animals they are most often the target of the venom,” explained Dr. Healy. “You won’t find many mice in the sea so we wouldn’t expect a sea snake to evolve venom that is more effective at killing mice than fish.”

The study also revealed that the venom quantity depends on both the size of the snake and the environment it lives in.

“Like all substances venom is dosage-dependent,” said Dr. Andrew Jackson, who is an associate professor in Zoology at Trinity College Dublin. “Even alcohol, coffee and water can be toxic at high enough volumes so we needed to consider how much venom different species of snake produce and store in their venom glands.”

“We found that big terrestrial species have the most venom, while smaller tree dwelling or aquatic species had the least. This difference may be due to how often a snake encounters its prey in these different environments, with terrestrial species requiring a larger reserve of venom to take advantage of the rarer opportunities to feed.”

The study findings may improve our understanding of human snake bites and how to effectively treat them.

“Snake bites are a major health concern worldwide, with 2.7 million cases each year,” said Dr.  Chris Carbone of the Zoological Society of London. “Understanding how venom evolves may help us better identify the risks to humans from different snake groups, and also potentially from other venomous animals such as spiders, scorpions, centipedes and jellyfish.”

The research is published in the journal Ecology Letters.