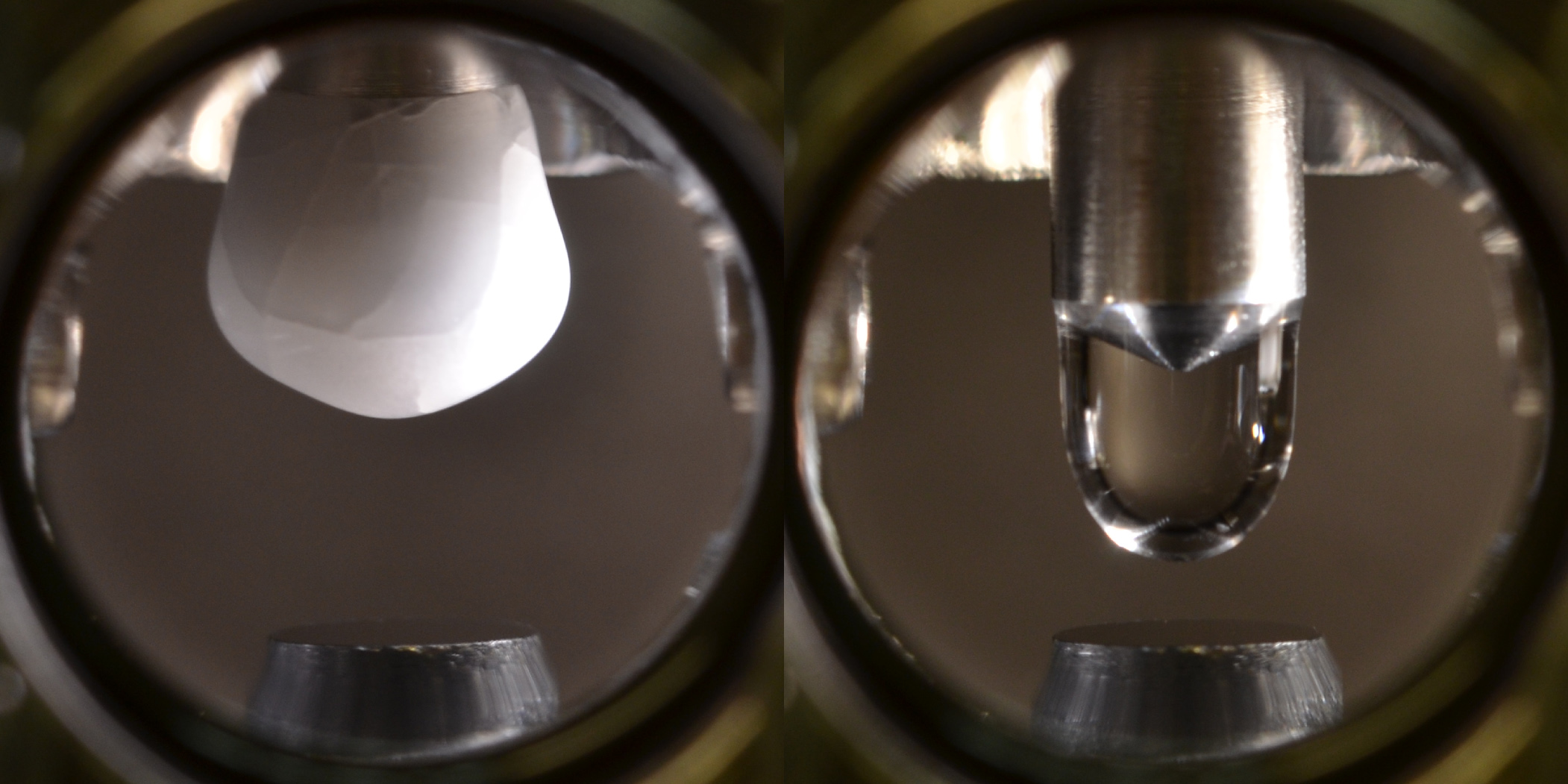 When materials make contact with the natural air they are coated with a thin layer of molecules that change their properties. This molecular dirt has proven very challenging for scientists to study, and some have theorized that the coating is simply a layer of water molecules.

To investigate, researchers at TU Wien have developed a new method by creating pure ice in a vacuum chamber and then melting it. This has enabled the scientists to produce the world’s cleanest water drops, which they applied to titanium dioxide surfaces.

Using this technique, the researchers discovered that the molecular dirt that changes the properties of titanium dioxide surfaces is made up of two organic acids, acetic and formic acid, in a layer that is a single molecule thick. This was unexpected, due to the fact these acids are only found in minute amounts in the air.

Titanium dioxide (TiO2) plays an important role in a wide range of technical applications, including self-cleaning surfaces. Experts around the world had previously observed an unknown molecule attaching to titanium dioxide surfaces when they came in contact with water.

The two acids that have been identified in the current study as coating TiO2 are simple organic acids produced by plants. The traces of these acids in the air are tiny, at just a few acid molecules per billion air molecules. While these molecules are not very common in the air, they stick to the metal oxide surface and change its behavior.

“In order to avoid impurities, experiments like these have to be carried out in a vacuum,” said study co-author Ulrike Diebold. “Therefore, we had to create a water drop that never came into contact with the air, then place the drop on a titanium dioxide surface that had been scrupulously cleaned down to the atomic scale.”

The research team found that the molecules appeared on the sample only when it made contact with the air. In addition, the same molecules were discovered in completely different parts of the world – in an urban region of Vienna and a rural region of the United States.

“This result shows us how careful we need to be when conducting experiments of this kind,” said Diebold. “Even tiny traces in the air, which could actually be considered insignificant, are sometimes decisive.”