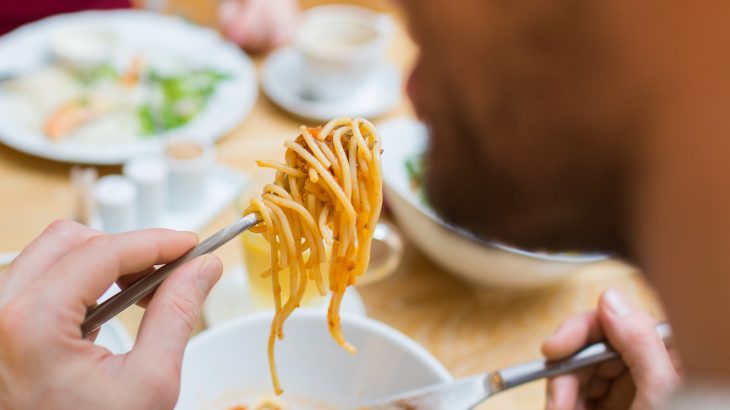 Researchers at the University of California, Riverside have identified a molecular mechanism that disrupts communication between the gut and the brain and causes overeating. The team found that overactive endocannabinoids in the gut block the signals that alert the brain when it is time to stop eating.

For the investigation, mice were fed a “Western diet” that was high in fat and sugar. After 60 days, the researchers detected high activity of endocannabinoids at cannabinoid CB1 receptors in the gut of the mice. This overactivity was found to prevent the food-induced secretion of the peptide cholecystokinin, a short chain of amino acids that are released to signal satiation. In the absence of cholecystokinin, the mice were overeating.

“If drugs could be developed to target these cannabinoid receptors so that the release of satiation peptides is not inhibited during excessive eating, we would be a step closer to addressing the prevalence of obesity that affects millions of people in the country and around the world,” said study lead author Professor Nicholas V. DiPatrizio.

Previous research has demonstrated that endocannabinoid levels and are elevated in obese humans and increase in the blood just before and after eating a high-energy food, according to Professor DiPatrizio.

“Research in humans has shown that eating associated with a palatable diet led to an increase in endocannabinoids – but whether or not endocannabinoids control the release of satiation peptides is yet to be determined,” explained study first author Donovan A. Argueta.

Next, the team plans to analyze the link between CB1 receptor activity and cholecystokinin.

“We would also like to get a better understanding of how specific components of the Western diet – fat and sucrose – lead to dysregulation of the endocannabinoid system and gut-brain signaling,” said Professor DiPatrizio. “We also plan to study how endocannabinoids control the release of other molecules in the intestine that influence metabolism.”

The research is published in the journal Frontiers in Physiology.