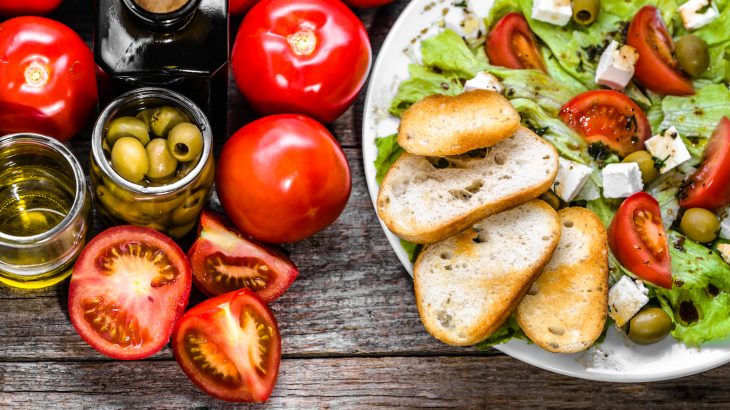 When researchers allowed nonhuman primates to eat as much as they desired, the animals who were on a Mediterranean diet did not eat all of the available food and maintained a healthy weight.

“By comparison, the animals on a Western diet ate far more than they needed and gained weight,” explained study lead author Carol A. Shively, who is a professor of Pathology at the Wake Forest School of Medicine.

According to Professor Shively, this is the first preclinical study to measure the long-term health effects of a Western diet versus a Mediterranean diet under controlled experimental conditions.

Previous studies that were focused on how diet type may influence the number of calories consumed were primarily based on self-reported food intake by humans, which is often unreliable. Similar research was focused on rodents who were given nonhuman-type diets.

For the current study, the diets were formulated to closely represent human diets. The 38-month trial, which involved nearly 40 female primates split into two groups, translated to about nine years for humans.

Protein and fat were derived mostly from animal sources in the Western diet and primarily from plant sources in the Mediterranean diet. Overall, however, the two diets contained comparable proportions of fat, protein, and carbohydrates.

“What we found was that the group on the Mediterranean diet actually ate fewer calories, had lower body weight and had less body fat than those on the Western diet,” said Professor Shively.

The Mediterranean diet not only helped to prevent obesity, but also protected against non-alcoholic fatty liver disease (NAFLD). Obesity is a major cause of NAFLD, which can cause cirrhosis and liver cancer.

One-third of American adults are expected to have NAFLD by 2030, and it is the fastest growing cause of liver transplants among young adults in the United States.

“Diet composition is a critically important contributor to the U.S. public health, and unfortunately those at the greatest risk for obesity and related costly chronic diseases also have the poorest quality diets,” said Professor Shively.

“The Western diet was developed and promoted by companies who want us to eat their food, so they make it hyper-palatable, meaning it hits all our buttons so we overconsume. Eating a Mediterranean diet should allow people to enjoy their food and not overeat, which is such a problem in this country.”

“We hope our findings will encourage people to eat healthier foods that are also enjoyable, and improve human health.”