Molecular surgery developed to reshape tissue with no incision • Earth.com 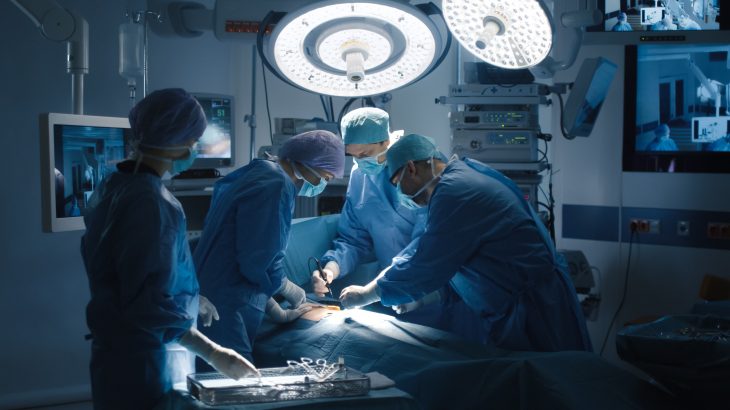 Molecular surgery developed to reshape tissue with no incision

The surgical procedure used to reshape a nose or an ear involves cutting and suturing, which is often followed by a long recovery time and scarring. But now, researchers have developed a noninvasive “molecular surgery” technique that uses tiny needles, electricity, and 3D-printed molds to quickly reshape living tissue with no pain.

“We envision this new technique as a low-cost office procedure done under local anesthesia,” said Dr. Michael Hill, one of the project’s principal investigators. “The whole process would take about five minutes.”

The project was initiated when Dr. Brian Wong asked for Dr. Hill’s assistance in creating a noninvasive technique to reshape cartilage. Dr. Wong was already an expert in an alternative method that uses an infrared laser to heat cartilage, which makes it flexible enough to mold and reshape.

“The problem is, that technique is expensive, and it’s hard to heat the cartilage enough so that it’s malleable without killing the tissue,” explained Dr. Hill.

Dr. Wong’s team discovered they could send an electrical current through cartilage to heat it up. This allowed them to successfully reshape the tissue, but the researchers were concerned to find that the tissue was not actually being warmed up. The experts set out to determine how the new method was working and if it was safe.

Dr. Hill’s team discovered that passing the current through cartilage electrolyzed water in the tissue, converting the water into oxygen and hydrogen ions. The positive charge of the protons cancels out the negative charge on the proteins, making the cartilage more flexible.

“Once the tissue is floppy, you can mold it to whatever shape you want,” explained Dr. Hill.

The team tested the method on a rabbit with ears that normally stood straight up. By inserting microneedle electrodes into the ear at the bend and pulsing the current through them with a mold in place, the experts managed to soften the cartilage at the bend site without damage. When the current was turned off, the cartilage hardened into its new shape before the mold was removed.

Using traditional methods, a surgeon would have to cut through the skin and cartilage and then fuse the pieces back together. According to Dr. Hill, the molecular surgery technique causes no scarring and no pain.

The research will be presented at the American Chemical Society (ACS) Spring 2019 National Meeting & Exposition.