Mongooses remember to reward each other for favors • Earth.com 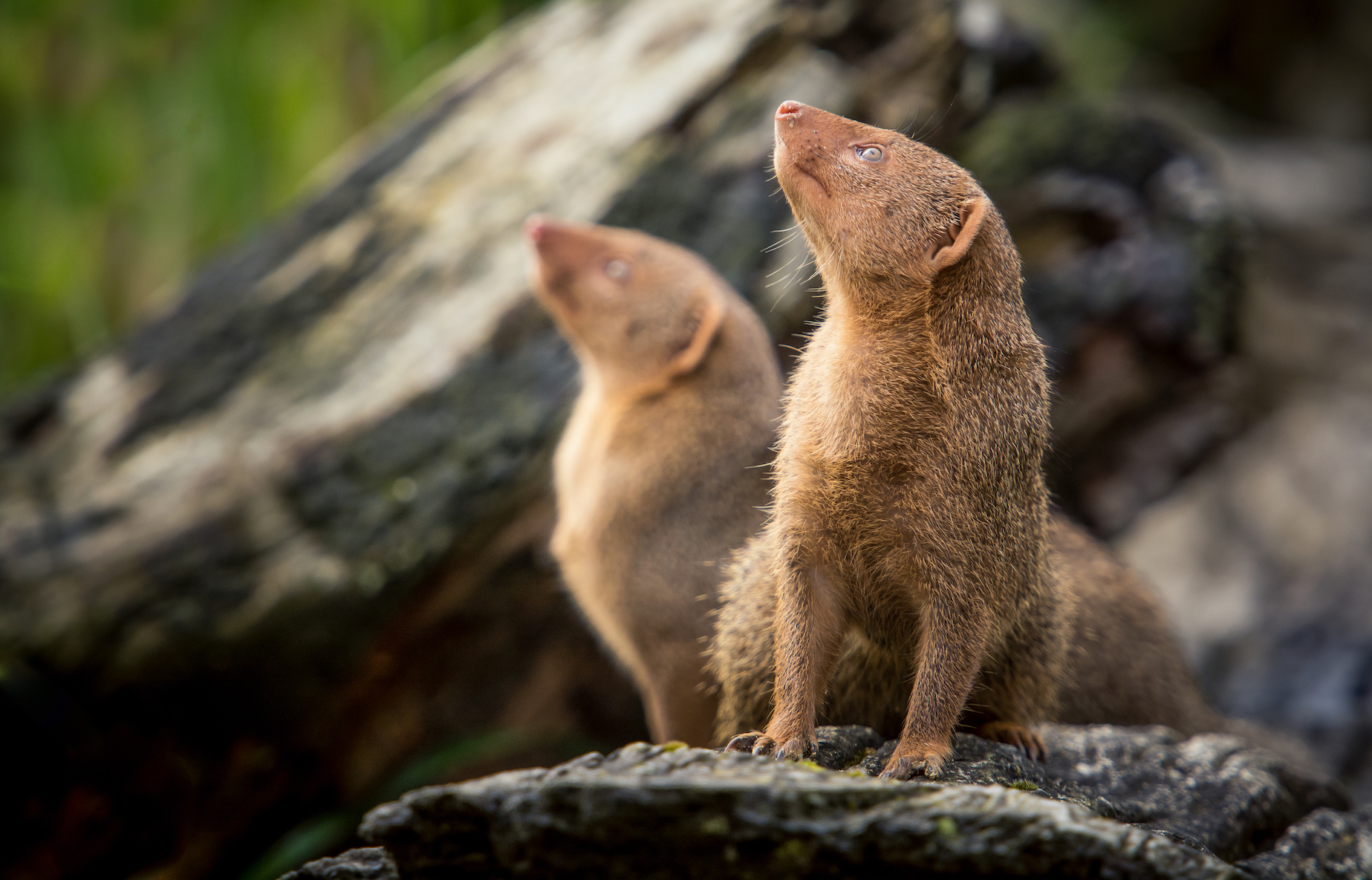 Mongooses remember to reward each other for favors

Researchers at the University of Bristol have discovered that dwarf mongooses make a point to remember when another individual helps them out. According to the study, this is so that the mongooses can later reward their cooperative friends.

“Humans frequently trade goods and can track the amount they owe using memories of past exchanges,” said study senior author Professor Andy Radford. “While nonhuman animals are also known to be capable of trading cooperative acts immediately for one another, more contentious is the possibility that there can be delayed rewards.”

The study is the first of its kind to demonstrate delayed contingent cooperation in a wild non-primate population. The research also provides evidence of cross-commodity trading, which means that the individuals reward one type of cooperative behavior with a different cooperative act.

Among the mongooses, sentinel behavior was rewarded with grooming. Sentinel duty is when individuals watch out for danger and warn others with alarm calls.

“We began by using detailed natural observations collected over many months to show that individuals who perform lots of sentinel duty also receive lots of grooming and are well-positioned in the group’s social network. But, to prove a causal link, we needed to nail a tricky field experiment,” said study lead author Dr. Julie Kern.

“Over three-hour periods when groups were foraging, we simulated extra sentinel behavior by a subordinate group member using playbacks of its surveillance calls -vocalizations given to announce it is performing this duty,” explained Professor Radford. “At the sleeping burrow that evening, we monitored all grooming events, especially those received by the individual who had had their sentinel contribution upregulated.”

The researchers found that when a mongoose was perceived to conduct more sentinel behavior, it received more evening grooming from the group. Furthermore, an individual whose sentinel contribution had been upregulated received more grooming compared to a control subordinate in the group.

Grooming is known as an important tradable service in social species, and is used as a reward in many different contexts. This research shows that a grooming reward does not always occur immediately after a cooperative act. Grooming among the mongooses took place at the end of the day, after the foraging tasks had been completed.

“There have been hardly any suitable experimental tests on wild animals, especially non-primates,” said Dr. Kern. “By working with groups of dwarf mongooses habituated to our close presence, we could collect detailed observations and conduct experimental manipulations in natural conditions.”