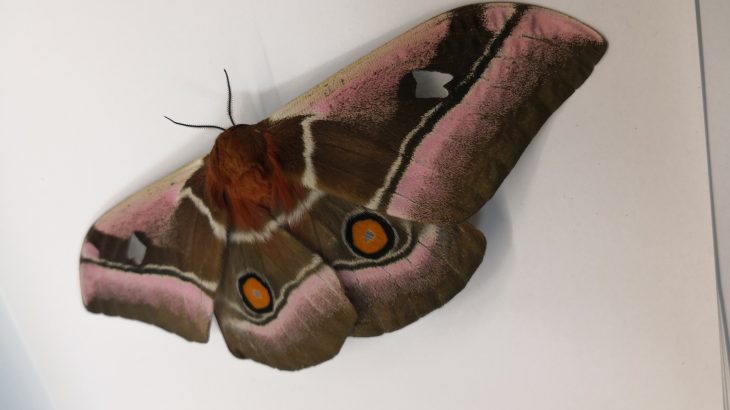 Moths have thick fur that works as a kind of acoustic camouflage by absorbing nearby sounds. The fur guards against bats which are a primary predator of moths and which use echolocation to hunt.

Thomas Neil, a researcher from the University of Bristol who specializes in bioacoustics, and a team of colleagues examined the fur of moths and butterflies as part of an ongoing study of moths and their evolved defenses.

Moths are a main source of prey for bats, and some moths have evolved special ears that detect the ultrasonic calls of bats. However, only a few species of moths have ears, and a vast majority of moths are deaf.

Neil and his team wanted to find out how moths without hearing abilities are able to avoid predators like the bat.

It turns out that moths have a furry coat that works as acoustic camouflage and muffles the sound of nearby bat calls.

“Moth fur is thin and lightweight, and acts as a broadband and multidirectional ultrasound absorber that is on par with the performance of current porous sound-absorbing foams.” said Neil.

The researchers then removed the thorax fur from the moths and butterflies, and while it had little impact on the butterflies, the lack of fur increased the risk of detection by 38 percent for the moths.

“We found that the fur on moths was both thicker and denser than that of the butterflies, and these parameters seem to be linked with the absorptive performance of their respective furs,” said Neil. “The thorax fur of the moths was able to absorb up to 85 percent of the impinging sound energy. The maximum absorption we found in butterflies was just 20 percent.”

Neil will present his latest findings on moth camouflage at the Acoustical Society of America’s 176th Meeting this week.

The research sheds insight on how moths evolved to defend against bats and could help with creating effective sound absorbers.