Mountain lions downsized their territory during the pandemic • Earth.com 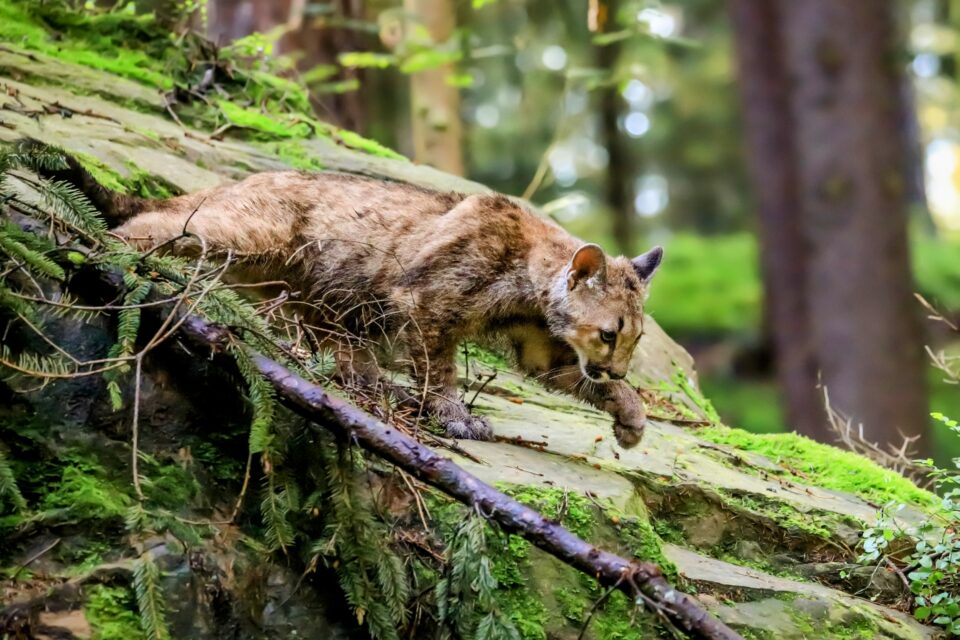 Mountain lions downsized their territory during the pandemic

In a new study from the University of Nebraska-Lincoln, experts report that mountain lions moved less and downsized their territory during the COVID-19 pandemic. The research contradicts the idea that carnivores roam wild in the absence of people.

“We saw a potential silver lining with COVID, which obviously has been generally a negative thing for everyone,” said study lead author Professor John Benson. “We saw an opportunity to get a better sense of how human disturbance and human activities influence animal behavior.”

During 43 days of lockdowns from late March to early May 2020, mountain lions around the Los Angeles area were monitored with GPS trackers. At this time, most of the parks were closed to the public – including those favored by mountain lions.

The researchers found that the reclusive animals moved around less and occupied smaller territories compared to before the pandemic.

“There was this popular perception that animals were going to start running free, expanding their home ranges, moving greater distances, colonizing cities, coming into areas where they didn’t used to be,” said Professor Benson. “But that goes against theory – the theory that animals should move as efficiently as possible.”

The study was focused on 12 mountain lions that had previously been collared with GPS trackers by Jeff Sikich and Seth Riley of the National Park Service. The team found that the mountain lions were generally traveling shorter distances by up to one third compared to their pre-pandemic activity.

That matters, said Professor Benson, because it helps quantify just how much energy mountain lions in Greater Los Angeles are expanding to avoid people – energy they need to hunt for prey and search for mates.

“Any additional stressor – like needing to modify your movement patterns, which could come with a cost of finding prey, getting enough to eat, mating, whatever it is – could be the stressor that tilts the balance toward the extinction process,” explained Professor Benson.

One of the mountain lions, surrounded by busy freeways on three sides, was found to occupy what may be the smallest home range ever recorded for an adult male of about eight square miles. This is a fraction of the roughly 150 square miles that most mountain lions call home.

According to Professor Benson, the case study illustrates a paradox that makes sense in the light of theory: a carnivore, already confined to an artificially small range by human disturbance, choosing to occupy an even smaller range when that disturbance abates.

Avoiding people is necessary and good to some extent, said Benson, given that “bad things usually happen when we get annoyed by mountain lions.” Yet the energy they expend to do so might ironically increase human-wildlife conflict if high energy demands are leading them to seek additional food sources, he noted.

“This idea of coexistence – that if they stay out of our way, everyone’s happy – maybe it’s not that rosy if it causes them to burn more energy and then potentially makes them more likely to actually attack livestock or pets. This is not something we documented or investigated with our current study, but it would be an interesting hypothesis to test with future research.”

“Does it have unintended consequences that we can’t control? I think that may be a good thing to look at and re-evaluate.”