Mountain wildflower species could be wiped out by rising temps • Earth.com 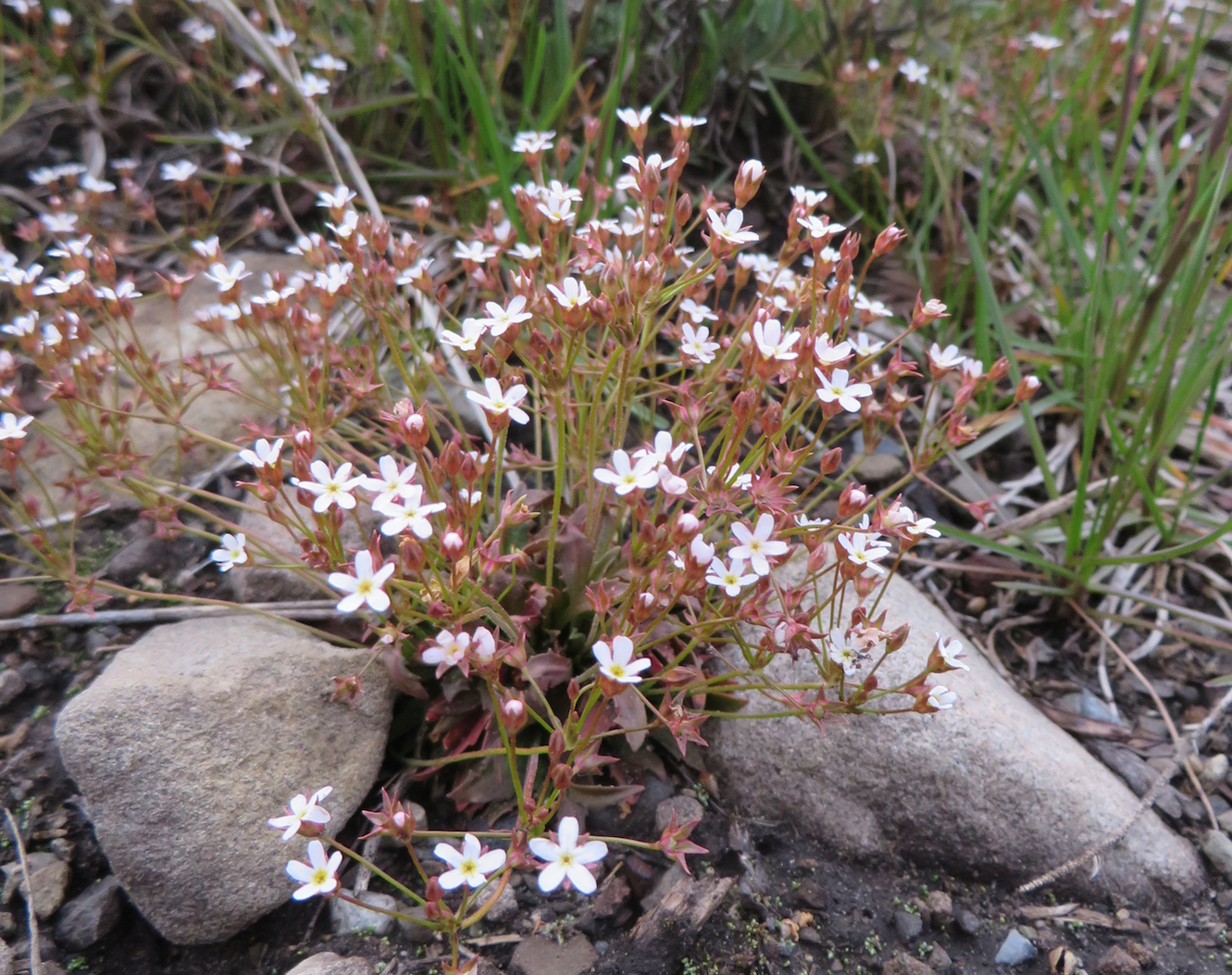 Mountain wildflower species could be wiped out by rising temps

A study from the University of Colorado Boulder has revealed that climate warming caused the local extinction of a Rocky Mountain flowering plant. Scientists are concerned that this may be a prediction of things to come for native flowering species in mountain ecosystems.

The researchers found that warmer, drier conditions wiped out experimental populations of Northern rock jasmine, or Androsace septentrionalis. This mountain wildflower species is found in Colorado’s foothills at around 6,000 feet to over 14,000 feet at the top of Mt. Elbert.

“Much of our historical data about species’ population-level responses to climate change comes from observational studies, which can suggest but not confirm causation,” said lead author Anne Marie Panetta. “Here, we show the mechanisms directly at work.”

The study dates back 25 years, when researchers created experimental plots of flowers in a field site located at the Rocky Mountain Biological Laboratory. The Warming Meadow is a site where suspended infrared radiators warm plots year-round, mimicking global warming.

The Warming Meadow is the world’s longest-running, heat-activated climate experiment. Radiators used at this site raise average soil temperatures by around 3 degrees Fahrenheit. The heat also reduces soil moisture by up to 20 percent and advances snowmelt by up to a month, allowing experts to examine the potential impacts of future climate change.

“The level of warming and the drier conditions in this experiment are not only realistic, but actually at the lower end of expectations for the next 50 to 100 years,” said Panetta. “Our estimates could be conservative. We have simulated a level of change that some systems have already seen and others will see.”

The study ultimately revealed that, in plots where the Northern rock jasmine naturally occurs, the engineered warming caused rapid declines in the number of seedlings and reproductive plants. This forced population sizes close to zero.

The impact of the increased temperatures on multiple stages in the plant’s life cycle calls attention to the growing challenge of developing effective strategies and policies to save threatened populations.

“We had thought that the plant’s evolutionary adaptations might save it, or that natural seed dispersal might help it survive,” said Panetta. “But the fact that we’ve seen extinction happen regardless bodes poorly.”