These crops will confuse global warming with change of season • Earth.com 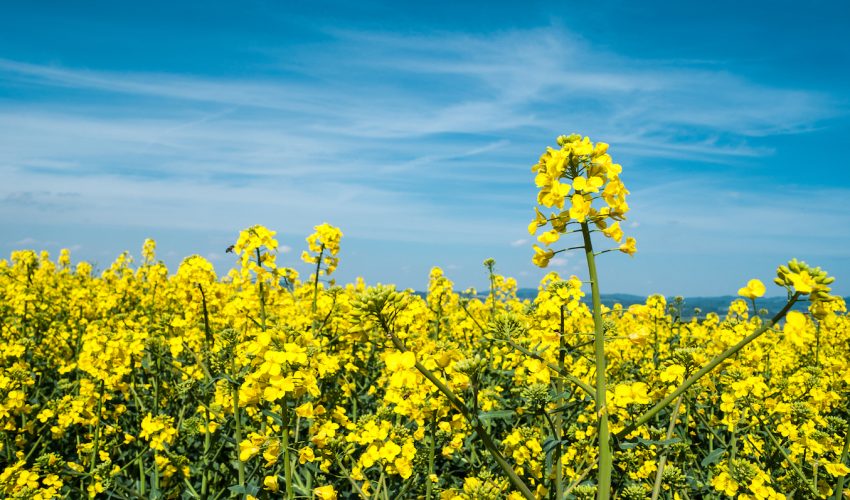 These crops will confuse global warming with change of season

Researchers at the John Innes Centre in England set out to examine how changing environmental conditions affect seed dispersal in plants. They found that rising temperatures will cause many species of crops in the cabbage and mustard family to prematurely release seeds, which is detrimental to the reproductive process.

“In many crops, such as oilseed rape, premature seed dispersal is one of the major causes of crop loss. In the context of climate change, this could become increasingly severe,” explained co-author Vinod Kumar. “This study exposes the potential vulnerabilities of crop production in the warming world and paves the way for addressing this problem.”

Plants adjust their cycles according to a range of environmental conditions. They endure daily changes in weather and temperature, yet remain aligned with the seasons.

“Seed dispersal is also a key trait that must be controlled when domesticating plants for food production,” said co-senior author Lars Ostergaard. “With the prospect of climate change affecting crop performance, we wanted to understand how environmental signals such as temperature affect seed dispersal.”

The team focused its investigation on Arabidopsis plants, which belong to the mustard or cabbage family. When the researchers exposed the plants to temperatures elevated from 22 degrees Celsius to 27 degrees Celsius, they found that the plants opened their seed pods earlier and released seeds.

The experts determined that the rise in temperature had promoted the expression of the INDEHISCENT gene, which is known to regulate the development of seed pod tissue and promote fruit opening.

“We speculate that such mechanisms have evolved to facilitate proper seasonal timing of dispersal to ensure that seeds are released under conditions that are both timely and climatically optimal for germination,” said study first author Xin-Ran Li. “There could perhaps be a selective advantage in early maturation and dispersal in the wild.”

The researchers plan to further investigate the mechanisms involved when seed dispersal is altered by elevated temperatures.

“We are hopeful that by understanding this in detail, we will be better equipped to devise strategies to breed for crop resilience to climate change,” said Ostergaard.