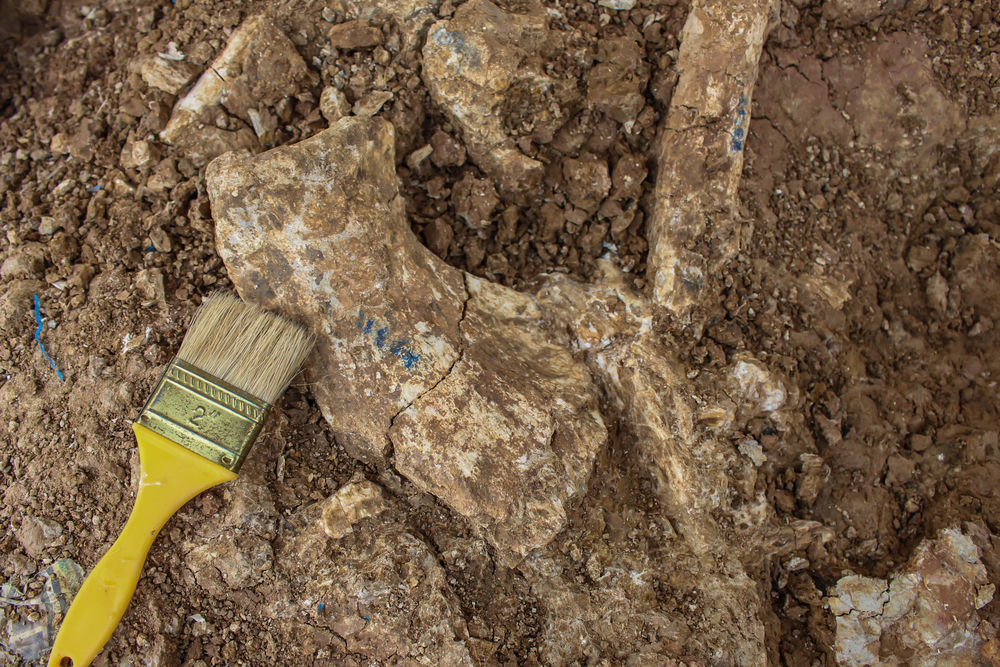 The dinosaur fossil of a “mud dragon” discovered at a construction site in southern China is offering new clues about bird-like dinosaurs: they were evolving just before an asteroid struck the Earth 66 million years ago, causing a mass extinction.

The dinosaur fossil is of a previously unknown species of oviraptorosaur, a type of feathered dinosaur with two legs, wings and a beak. Scientists have named it Tongtianlong limosus: “muddy dragon on the road to heaven” or “mud dragon” for short.

The discovery of T. limosus, along with several other discoveries of new species of oviraptorosaurs in recent decades, shows that the feathered dinosaurs were rapidly evolving into new and separate species just before the asteroid wiped out most life on Earth.

The oviraptors could have been among the last dinosaurs to have a growing, diversifying population before the mass extinction of the giant reptiles, said researchers from the University of Edinburgh, Chinese Academy of Geological Sciences and Dongyang Museum, who conducted the study. The mud dragon is one of six new oviraptor species found in the Ganzhou area in recent years.

The findings are giving scientists some insight into how oviraptors and other dinosaurs lived ahead of the extinction event: the reptiles appear to have been flourishing in the region, the researchers said. The discovery of new oviraptor species in Asia and North America also add to scientists’ understanding of the family of dinosaurs that show some similarities to modern birds.

The researchers estimate that the mud dragon lived between 66 and 72 million years ago. The fossil is remarkably well preserved; the oviraptor was preserved lying on its stomach, wings and neck stretched out and head raised. Scientists believe this may have been the position the dinosaur died in.

By comparing the skull of T. limosus to other oviraptors that once lived in the area, scientists believe the evolution of so many different oviraptorosaur species may have resulted from environmental changes and varying diets.